Under the categories ‘The Public Archaeology of Death‘ and ‘Museums‘, I’ve been using the Archaeodeath blog to review museum displays of mortuary archaeology. In previous posts, I’ve specifically addressed the challenges of displaying the early Anglo-Saxon dead (5th-early 7th-centuries AD from south-east Britain); both furnished inhumation graves and cremation graves. For example, I’ve tackled this theme for the British Museum and Sheffield’s Weston Park Museum as well as Reading Museum. Here, I wish to discuss the Stapenhill graves on display at Stoke-on-Trent’s Potteries Museum.

These displays intersect two of my interests:

Yet the Potteries display is of further interest because it constitutes one of the poorly understood (because they have tended to be badly and partially excavated) early Anglo-Saxon-type mixed-rite cemeteries found in the Trent valley – arguably the ‘heartland’ of the people who forged the Mercian kingdom in the late 6th and early 7th centuries. Situated at Stapenhill near Burton-on-Trent on the Derbyshire/Staffordshire border, downstream from Lichfield and upstream from Repton, G. Baldwin Brown (1915: 770-71) described it as ‘the important cemetery of Stapenhill’. Discoveries in 1881 produced cremation and inhumation graves (31 inhumation to 5 cremation burials). One cremation contained the bed-plate of an applied brooch.

I confess I don’t have time-depth for this display as I am not aware of what the display looked like prior to the reorganisation of the Staffordshire Hoard exhibition to mark the decade since its display. Nor do I know about how it looked prior to the discovery of the Hoard. I simply want to commend the facts that (a) these Victorian-era finds from a partially and poorly excavated site are still on display, affording an important mortuary dimension to the teaching of the early Anglo-Saxon period, and thus complementing the Hoard, and (b) in doing so the display does not allow the Hoard to completely dominate (although it does dominate) the museum’s early medieval offer.

The display in question is along the right-hand wall of the ‘Anglo-Saxon Kingdom of Mercia‘ gallery and it comprises two elements. The introductory text entitled ‘Death’ is incredibly simple, stating how little we know about pre-Christian beliefs and suggesting that grave-goods reflect belief in an afterlife. Misleadingly ‘burials’ is used as a proxy for ‘inhumation’, but that cremation is also practised is explained: ashes have been found ‘buried in little pots’. Perhaps judiciously, no attempt is made to say much more, such as speculating on how the two disposal methods relate to religious, social or cultural factors.

With relatively limted space, the two display methods complement each other effectively. The first display case features a range of artefacts from the inhumation graves; spearheads, shield bosses, ceramic vessels, a brooch, and a knife. The centre-piece is a ‘male skull’ from a grave, but there are also three cinerary urns, contained human cremated material. I usually detest and denounce the display of skulls and other fragments of human bodies if they were actually found in articulated context. However, I partly forgive this display because, behind it and thus affording a mortuary context to what would otherwise be a disparate set of objects and a decontextualised human body-part, is a photograph of one of the graves during excavation in 1881. Arguably, the cinerary urns are their own context, and those containing cremated material are set apart from those found as accessory vessels interred with inhumation graves. 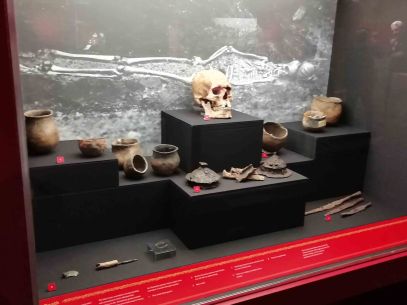 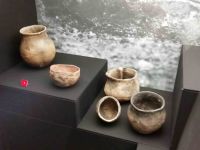 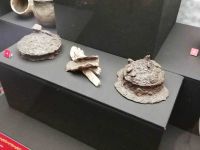 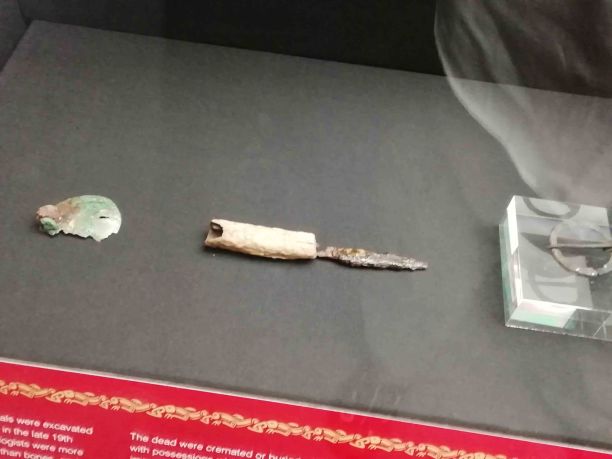 The second display is an attempt to mock up an inhumation grave: this time a female-gendered individual with a pot by her head, a necklace and brooches, portrayed as if just revealed within its burial context. This is a conceit, of course, since the grave was never excavated with such care and precision oin the 1880s, but it complements the weapon burial’s photograph and the other display in showing a range of adult female-gendered jewellery and a pot interred with an articulated skeleton.

There is an interactive video display reveals more information about the grave-goods and their funerary context. 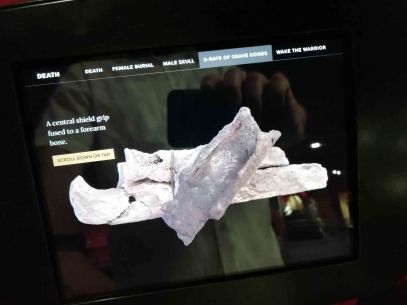 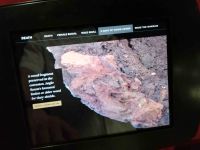 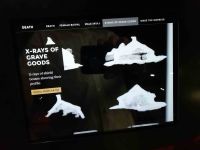 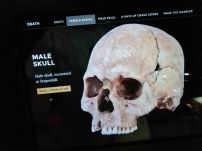 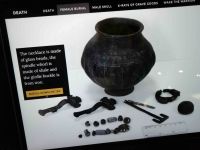 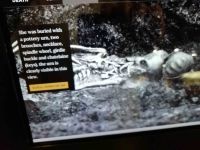 Obviously the museum curator who worked on this display through to opening in 2019 didn’t ‘get the memo’ that ‘Anglo-Saxon’ is now a term retired on the dictat of a few literary and linguistic blowhards and their UK University lapdogs. As with the display of the hoard itself and the other exhibit dimensions, the use of ‘Anglo-Saxon’ in a regional museum context is not without its problems (as I’ve already addressed for Reading Museum), but it effectively characterises and communicates to popular audiences (including school kids) visiting the museum some of the most popular discoveries from the Early Middle Ages ever uncovered, thus affording a sense of the character of the communities living after the end of Roman Britain in the West Midlands. The term sets the Hoard, but also the Stapenhill finds and their funerary contexts, apart and distinct from prehistoric, Roman and later medieval finds and displays on show in other galleries, and there is no convenient replacement without adding further layers of confusion and disregard for audiences from a range of ethnic and cultural backgrounds visiting the exhibition.

Regarding the mortuary context: I commend the presence of human remains appropriately displayed (despite my reservations about the disarticulated skull); thus this display has the edge over Weston Park in Sheffield where human remains are not included. Still, I would have liked to have seen more discussion of the two modes of disposal set in a broader context. Particularly, visitors won’t really gain a sense of the stages and spectacles involved in early Anglo-Saxon cremation ceremonies from these displays. Indeed, what is most lacking from the display is a clearer geographical context: the Trent valley is not typical for Staffordshire as a whole in this period of time, and the distribution of material from graves, settlements, hoards and stray finds is not mapped for anyone to appreciate the variable picture across the county isn’t addressed. Moreover, the broader context of Mercia, the Anglo-Saxon kingdoms broader still, and their national and international connections, was deserving of more careful attention, to put the Hoard and the Stapenhill finds beyond the context of the county.

Therefore, my overall impressions are critical but very positive. The combination of digital information, a traditional display case but with a photograph of a burial under excavation, and the mock-up grave, together give a sense of mortuary context often lacking in other museums inheriting collections from early Anglo-Saxon graves excavated in the 19th century. 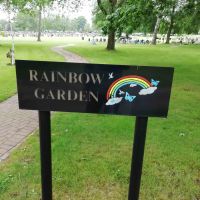 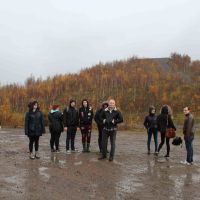 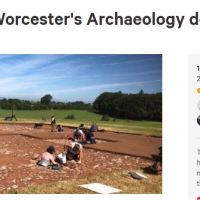 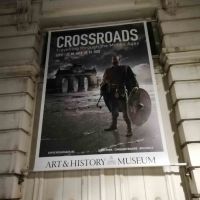