It is a mantra of Viking studies that, contrary to popular stereotypes which are malleable and widespread across nations and contexts, ‘the Vikings’ didn’t have horned helmets’. As Roberta Frank explored, the popular association of Vikings with horned and winged helmets was a product of the later 19th century imagination, drawing on earlier equations of these headgears with ‘barbarians’ of other sorts. 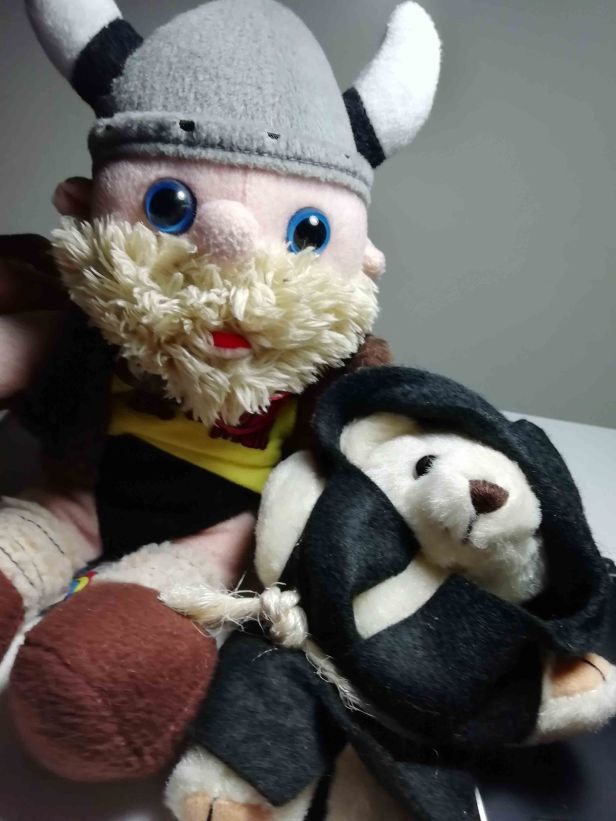 In 2016, I went out on a limb and suggested that ‘I believe in horned helmets’. I argued that while the popular equation of Vikings with horned helmets is indeed a 19th-century creation, (a) there is evidence of bird-terminaled headgear from Merovingian/Vendel-period and Viking era metalwork and thus a kind of horned headress might have been a feature of Norse communities of the Viking Age, used for ceremony and perhaps also on the battlefield, and (b) the recent and present-day creative uses and broad dissemination of horned helmets as ‘Viking’ demands our careful and critical scholarly attention, rather than be derided as popular ‘fake news’. Rather than utilised as a form of academic gatekeeping and snobbery, horned helmets are the perfect gateway drug to rigorous questions about what we do know about Viking-period societies and the huge gaps remaining in our knowledge. And oh yes, there’s that (c) we might just find evidence for them! So I argued: let’s not be so definitive about what we don’t know: it makes precious little difference to our understanding of the origins, complexity and changes in society in the Viking Age whether we imagine warriors with or without horned helmets!

So, I think acadenics shouldn’t be outraged to find Vikings with horned helmets persist in popular culture. Instead, we should explore how these material cultures are deployed. Notably, the Doctor Who series 9 episode ‘The Girl Who Died’ portrayed Vikings as horned helmeted in a fictional context as recent as 2015. The Last Kingdom avoids horned helmets, but the helmets it does have are problematic in many other regards. Recently, season 1 of the Norwegian comedy show Norsemen (in part a parody of Vikings) tackles this issue, where one character adopts a horned helmet and the other warriors mock him and his attempt at a ‘fashion statement’.

Yet, what of Vikings: the most far-ranging and imaginative televisual portrayal of the early Viking Age to date? Well, in a previous post I showed how the TV show has dealt with the horned helmet stereotype by ignoring it: affording most warriors with no head protection whatsoever. Where helmets do appear, they are ‘authentic’ in some regards, ludicrous in others, but most certainly without horns and deserved as a mark of the ‘bad guys’: the follows of Ivar the Boneless.

A winged helmet is worn by the ‘giantess’ in the season 1 funeral of Earl Haraldson. King Ivar and his bride wear crowns of raven skulls in Season 5 part 2.

Then, Torvi wears a scary bird headress when making a sacrifice to bless the new settlement in season 6 part 1. So the show is not adverse depicting ceremonial and martial headgear on specific occasions, but not a horned helmet can be seen in Seasons 1-5. 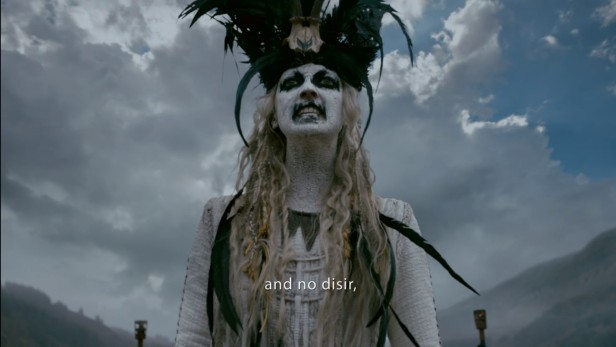 In Season 6 part 1, a truly horrifying thing happens: the bad guy, Hvithár- ‘White Hair’ former henchman to Ivar, attacks Lagertha’s settlement for a final time. He leads his troops on foot into a trap, wearing a leather horned helmet, almost as a battle standard and marking him out from his more sensibly and modestly equipped brigands. 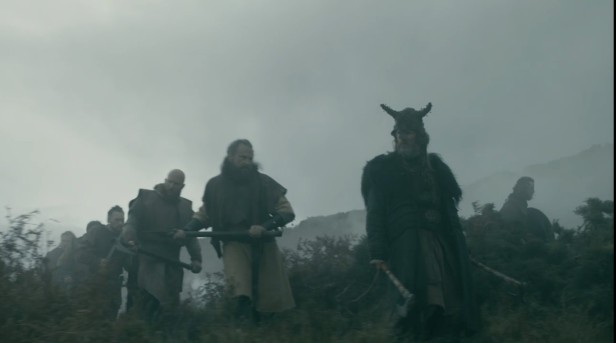 It is not a helmet of metal and cow horn alone. Instead, a leather helmet with metal fittings is represented: dark brown or black in colour. I think there might be cow horns under there, wrapped in leather: it’s unclear. Is there an iron cap beneath the leather? It’s difficult to say.

How can we explain this unique representation? Sure, it is another bad-guy wearing a helmet, and he looks like he should be in an Terry Gilliam film (Time Bandits maybe), but why the horns? 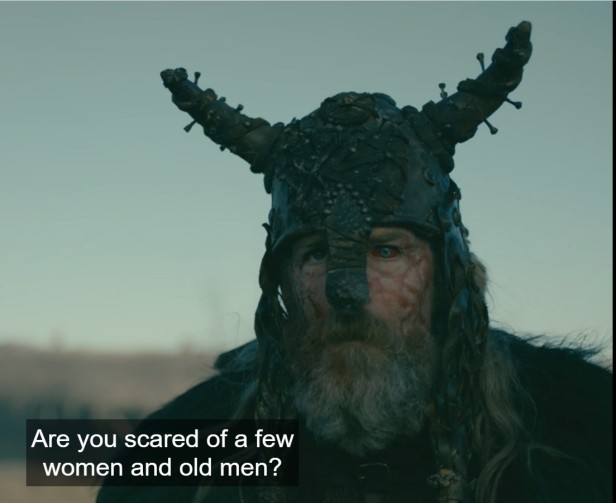 One option is the show’s costume designers really not being aware that horned helmets are taboo in academic circles. I doubt that though, since while costumes are sometimes ludicrous and fantastical throughout the show, in broad terms the show pays careful attention to creating a material world that is plausible in broad terms: elaborate, diverse, vivid and loosely aware of archaeological evidence (there are of course huge liberties taken).

So I don’t think this is a blooper or error as such: we really need a further explanation. In other words, the issue is not whether it is wrong, but why did the show decide to be wrong? Here are the options I surmise might be involved in varying degrees or combinations:

The helmet is portrayed as linked to martial prowess, leadership and outlawry, a powerful warrior wishing revenge on his enemy, Lagertha. While it is highly decorated, it is (bar the horns) a perfectly practical device for absorbing and deflecting blows: this protective headgear has a nose guard and (unquestionably ineffective) cheek pieces/flaps, although it is unclear if it has a neck guard. So the item is perfectly poised; challenging us to mock it, but actually affording an intimidating and ominous appearance to a dangerous fighter and opponent.

Finally, whether by intend or accident, it is the dialogue that renders this a comedic portrayal. At least for me, when Hvithár blames Lagertha for his circumstances, all I can think is the Radiohead lyric: ‘you do it to yourself, you do, and that’s what really hurts…’

In summary, Vikings shows one bad-buy in a horned helmet. It is neither ‘wrong’ nor ‘right’. It mocks our attempts to debunk the tenacious association of horned helmets with the Norse-speaking communities of late first millennium AD Scandinavia. In that regard, I actually think it is a ‘good thing’ they included it. The horned helmet of White Hair articulates the vanity and hubris of the character, as well as his status as a war leader, an effective warrior and a scary dude. It helps present an intimidating and distinctive appearance. Moreover, it is still a vaguely practical piece of headgear if lacking protection for the neck and cheeks. I further venture the suggestion that perhaps this is simultaneously pitched as a final-season two fingers at the archaeological community who have criticised the costumes and artefacts of previous episodes!

Check out the chapter by my former student – Sacha O’Connor – about horned helmets in the first ever book exploring the public archaeology of the Early Middle Ages: Digging into the Dark Ages.