The Donald J. Trump US presidential election victory is, I fear, going to be a depressing and hateful gift that keeps on giving from a host of archaeological perspectives.

Someone suggested to me on social media, in response to my post about Trump’s tomb, that archaeology should stay out of politics. ‘Leave politics to the politicians’ they said.

Obviously, that is just silly, unless it was meant in jest. Follow that logic to its inevitable conclusion, and we should leave the politicians to the voting too! Then we can all experience what it’s like to live in North Korea…

Of course, all archaeology is political, on a variety of scales. To claim otherwise is a sign of your complete ignorance or a insidious and baseless political assertion in itself.

Let’s take Trump’s Wall as an example. I want to point out three simple and straightforward ways, one a fourth suggestion, of how Trump’s mural politics is of direct relevance to archaeology, and how archaeology is directly related to commenting and critiquing Trump’s planned reinforcement of the US southern frontier. There are undoubtedly more…

First up, Trump’s plans for building a ‘Trump Wall’ along the USA’s border with Mexico are already in trouble and he is already conceding it might be a fence in any case. As human osteological and digital archaeo-guru Dr Kristina Killgrove explains here, the ludicrously expensive and pointless wall will potentially destroy somewhere in the region of 126 prehistoric archaeological sites as a low estimate. Let’s be clear, she rightly states:

Construction of a massive, 2,000-mile-long wall between the border of the U.S. and Mexico would undoubtedly damage hundreds of prehistoric archaeological sites and compromise our ability to understand the history of early America. Respecting the rights of the people who currently live along the border means respecting their — and our — cultural heritage as well.

The archaeological study of boundaries, borders and frontiers is rich, varied and well established. This incorporates the study of human-made barriers (and human transformations of natural frontiers) from prehistory to the present day: from Bronze Age reaves of Dartmoor to post-medieval ha has in Norfolk. Or from Hadrian’s Wall to the Berlin Wall, if you prefer!

Archaeologists don’t study just the physical features of (say) the later prehistoric land divisions on  Salisbury Plain or the multi-phase, multi-component ‘Danevirke’ straddling the stem of the Jutland peninsula during the later first millennium AD, the trenches of the First World War or the hedges and ditches associated with the Parliamentary enclosure of England’s uplands. Archaeologists also study the landscapes created and transformed by these boundaries, and the social, economic, ideological and political causes and the manifold effects of these divisions upon past people’s lives and identities.

Archaeology can also offer detailed and unparalleled evidence revealing the transient and permanent settlements and cemeteries of those affected by, and attempting to traverse, these boundaries, borders and frontiers. This applies as much to modern refugee camps as it does to post-medieval squatter occupation on commons.

Archaeologists have already been investigating the landscape Trump aspires to transform. Trump’s Wall is envisioned as a ‘final solution’ to a long-running problem of migration across the Mexican/US frontier. Jason De León has been active for years in documenting the material culture of mass migration along the Mexican/USA border. Check out De Leon’s work as featured in Archaeology magazine. His work explores the material traces of the many thousands of journeys and deaths caused by the border policies along the Mexican/US border, whose existing fences force many to cross deserts to reach the US in perilous conditions.

The creation, definition, maintenance, negotiation and transformation of borders and frontiers over time is a focus of interest for archaeologists working in many regions and periods. This involves the dialectic between our experience and engagement with modern frontiers and those in the distant past is complex and challenging. Based on modern walls, should we assume all frontiers are created to stall military invasions and block mass-migrations? Are all frontiers created by demagogues and tyrants? Should ancient walls influence, even legitimise, the building of new ones?

Of course many ancient frontiers still exist, and archaeologists have explored their reception – their biographies – down the ages. Glasgow, Durham and Canterbury-based archaeologists are good at this: Richard Hingley, Rob Witcher, Adrian Maldonado and Darrel Rohl spring to mind for their work on the ‘life-histories’ of the Antonine and Hadrianic frontiers of Roman Britain. Even after their abandonment, walls continue to enduring in the landscape and in the imagination, being adopted and transformed into successive different socio-political discourses and settings and (of course) as heritage destinations. Walls’ biographies create the material environments over the long term.

For Trump’s Wall, this actually means that, if and when built, regardless of how effective it is, we will be able to study as archaeologists its long-term impact on the material and cultural environment. Trump’s Wall is the archaeology of our future.

The Rhetoric and Performance of  Wall Building

For me, as an early medieval archaeologist, Trump’s Wall also serves as a source of possible analogy, for thinking about how we interpret the host of linear earthworks, some modest in length and scale, others grandiose, that can be found across NW Europe, including many parts of lowland Britain. I’m thinking of (among others) West Wansdyke, East Wansdyke, the Cambridgeshire dykes, Wat’s Dyke and, of course, Offa’s Dyke. How do we consider the motivations, designs, and implementation of (for example) Offa’s Dyke in relation to our experience of modern frontiers and Trump’s proposed mural madness?

Over the last century, Offa’s Dyke, which has been variously interpreted as an agreed frontier, a patrol line, a tax barrier, a military defence, and an instrument of hegemony. How much of our modern experience of walls, from Cyprus to Belfast, configures our interpretations of past frontiers? Conversely, how much do past frontiers continue to influence  practices, policies and attitudes today? Offa’s Dyke is often seen as synonymous with the modern Welsh/English border in common parlane, and yet it weaves between either side of the later border, part of a wider ‘March’ whose very origins might have been created by this linear earthwork and its successor in the north: Wat’s Dyke.

And here’s another question. Archaeologists have long debated why Offa’s Dyke doesn’t run from ‘sea to sea’ as Alfred’s biographer – Asser – claimed it did. Have we missed it? Did the frontier take different forms, some now archaeological invisible? Did it simply ‘symbolically’ run from sea-to-sea? Was it only a defence against Powys and not Mercia’s other Welsh rivals? Or was, as Keith Ray and Ian Bapty have recently suggested in their new book, Wat’s Dyke serving as integrate to a contemporary defence system in parallel to Offa’s Dyke?

The Trump experience therefore offers us more insights into the mentality of wall building. Might Offa’s Dyke show us the distinction between the rhetoric, bluster and ideology of planning and building Offa’s Dyke, and the reality of its (perhaps short-term) use. Was it (as Ray and Bapty suggest), the political and economic performance of surveying and building that was key? Was the point of the dyke about defining who Offa (and Mercia) was and who (what) he wanted (Mercia) to be that mattered? Consequently, was Offa’s hegemonic project incomplete or subverted once it was realised just how unsustainable it was as an enduring frontier work? Perhaps this reveals something about Trump, it matters less about if and how the wall is built and the detail of its construction, but perhaps instead it is the rhetoric and the fame its creation generates for its commissioner that is most important.

Walls can divide as concepts and projects as much as completed frontiers.

9 thoughts on “The Trump Wall in Archaeological Perspective” 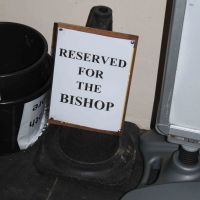 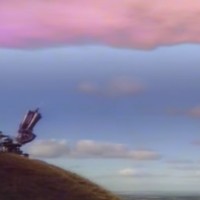