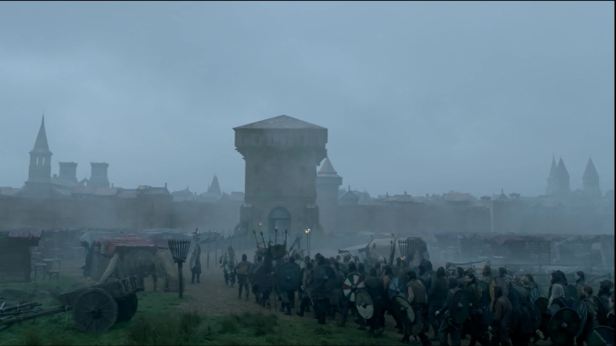 Scholars of ‘the Vikings’ anticipate, and sometimes find stark archaeological evidence for, the drama and spectacle of movement in mortuary ritual. Perhaps most famously we have whole or fragments of boats deployed in funerals and boats under sail depicted on Gotlandic picture stones. These and other images of horse-riding reveal conveyance in life, travel to the grave and maybe also aspirations to afterlife journeys converging in the commemoration of the dead. I’ve published on the geographies of Viking funerals twice, in 2010 and 2014 and a brief summary of my thoughts are presented here. 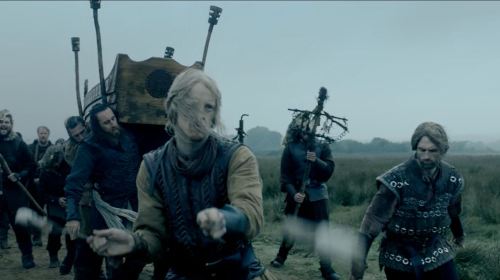 One criticism that might be levelled at the mortuary rituals portrayed in Seasons 1 and 2 of the popular History Channel drama ‘Vikings’ is that they are too static. Funerals happen at places, rather than between places. For while the funerals in the series attempt to convey pre-Christian cultic and ceremonial elements, and they also portray the range of material cultures and ritual practices associated with the grave or pyre, movement is relatively restricted. Certainly Lord Harald’s cremation involves the boat on water being set alight whilst it moves out into the fjord. Yet before cremation, Harald’s body doesn’t travel far. In Season 2, pyres are lit on still waters, having been pushed out from the bank where mourners have gathered. Yet with these and other instances of funerals portrayed: the bodies seem to have been moved only a short distance from their place of death to their location of disposal.

The fake funeral of Ragnar at the end of Season 3 is an opportunity for the makers to remedy this, unquestionably unintended, portrayal of static funerals. For those working on and thinking about funerals in the Viking world, this is an interesting and important portrayal, for while much of what is shown is speculation on the part of the producers of the show, it does spark our thinking about themes and issues central to understanding death in the Viking World. Ragnar’s funerals makes an attempt to envision the procession of a royal corpse in a pagan funeral from place of death to place of disposal. In fact, it is two processions in one: Ragnar’s body is transported for Christian burial within Paris, but in so doing, his body is honoured in ‘pagan’ fashion up to the coffin’s hand-over at the gates of the city, after which the coffin-bearers join a Christian procession led by the bishop through the city and into the cathedral.

The pagan funeral is a host of warriors, led by drummers. The procession therefore has a steady pace and rhythm.

Ahead of them are a group of dancing wolf-headressed men, at least three of whom are clasping staffs of different kinds. One is evidently a rattle of sorts. Another is akin to a multi-armed cross with rings and perhaps hair draped from it. This is perhaps an attempt to render the famous procession scene of three figures with differently shaped weapons/implements revealed on a Gotlandic picture stone from Stora Hammar, combined with the dancing headressed warriors known from Vendel-period pressbleche designs?

Then there are the four coffin-bearers with their load, and ahead of them, making way for the oncoming corpse are a pair of twirling performers. I’m not certain of the precise inspiration for these characters, but I like the way serve to proceed and clear the way for the coffin, perhaps warding off evil spirits on the path? 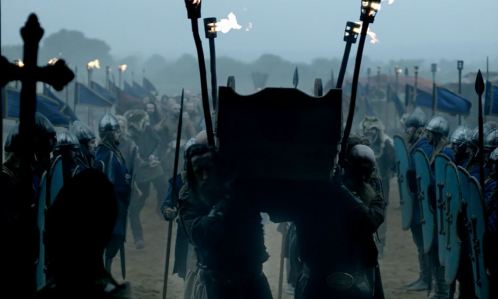 Music, singing, chanting and dancing are envisaged as key elements of the funerary procession. Neither solemn nor jubilant, the impression I received is one of structured chaos: frenzied mourning with weapons and musical instruments as integral to the display.

The feeling one gets is one of an alien tempo and multi-sensory experience, even if the procession itself is organised in a steady, ordered fashion. One might speculate further about the intended status of the body during the procession. Is the corpse in transit between worlds, neither inert matter nor living person? Is the conveyance an important stage in the body’s transformation to the realm of the dead?

Is the sound and movement, fire and dancing, all about creating a clamour to attract the gods, or other spiritual forces, whose job is to guide the dead onwards? It appears that cadaver in its coffin, at the head of the procession is surrounded by ritual specialists who create a zone separate from this world and thus preparing its destination… 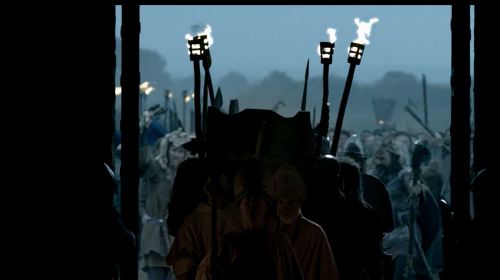 The coffin, its decorated surfaces provided a focus for personal and tactile interactions before the procession, as discussed here. During the procession this same container takes on a new striking presence as the focus  of the entourage. While the funeral itself is not a cremation, I liked the added touch of four torches affixed to the coffin, making the journey one which might readily end in the torches being used to light the pyre. Bonus points for whoever thought that one up! Fire moves with the body and protects it from all sides?

The funerary party stop at the gates of Paris, and they are subsequently replaced by the bishop’s retinue through the city and into the cathedral. Here, the same coffin is adopted as a Christian receptacle for the body. In doing so, Ragnar’s funeral procession articulates his personal (supposed) conversion from paganism to Christianity. Perhaps deliberately entwined in this scene too is show’s recurring theme of parallels between the pagan and Christian worlds which thread through Seasons 1-3.

The ‘dead’ Ragnar, however, is not resurrected for Salvation, but 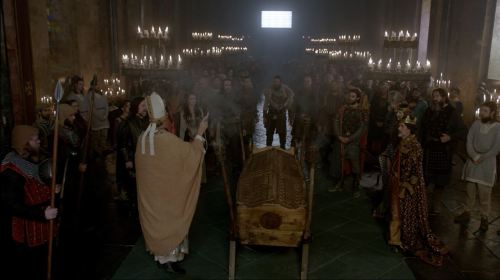 4 thoughts on “Vikings Season 3: Walking with the Dead” 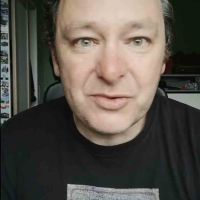 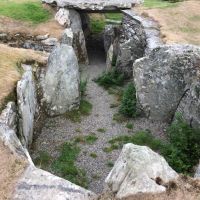