Unveiled in 1922, Chepstow’s war memorial was designed by Eric Francis and commemorates the men of the town who died in the First World War, with a plaque added for the Second World War dead. It is located in Beaufort Square: the original medieval market square for the town at its heart. 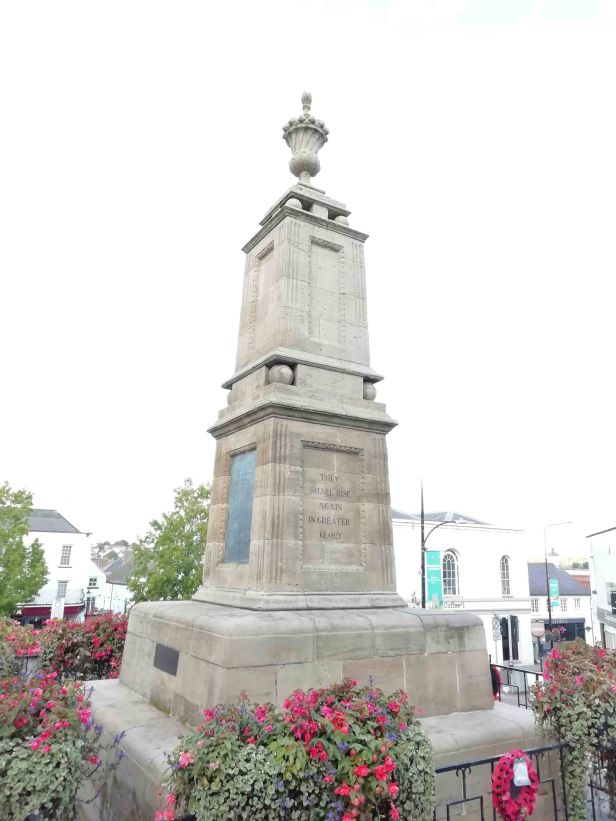 The war memorial itself is a large ashlar plinth topped by an urn with memorial plaques on three faces (two for the First World War, one for the Second World War), joined by the inscription on its upslope south-western face: 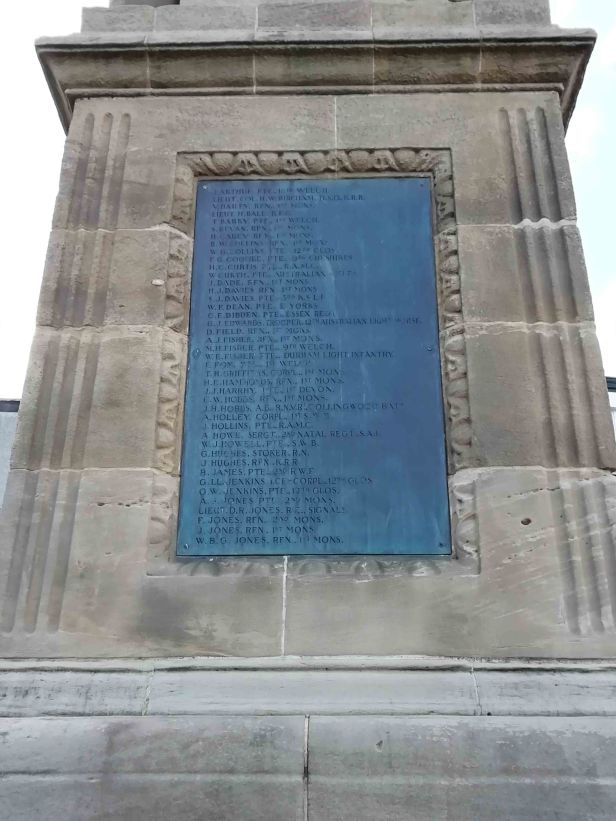 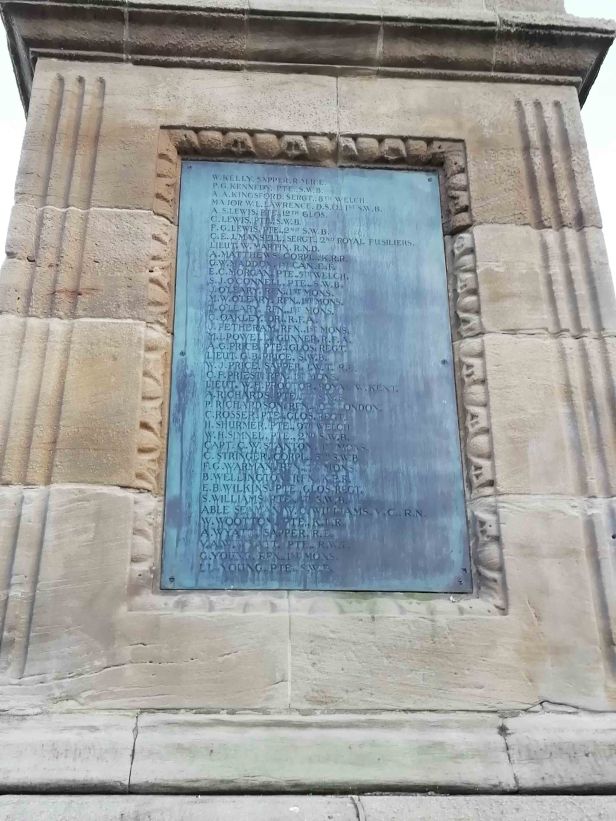 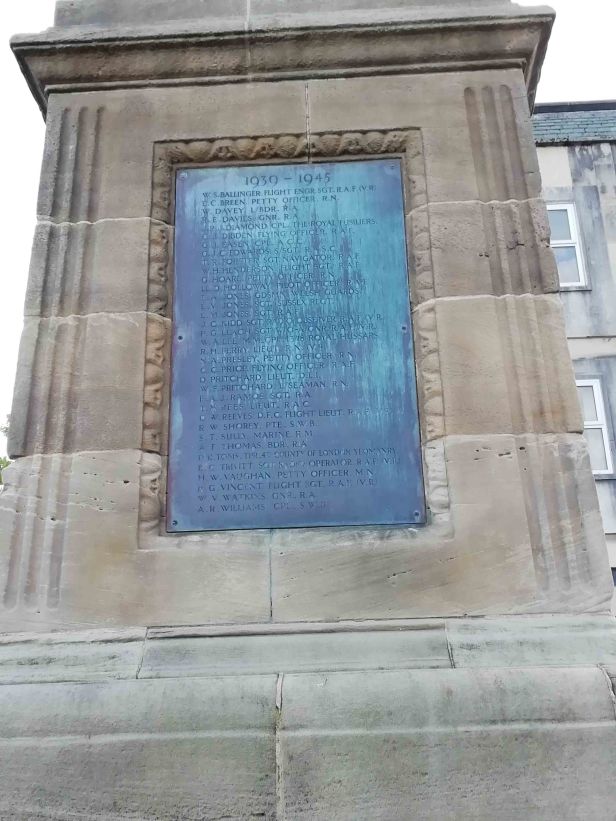 The war memorial is further appended on its north-west face with a small plaque remembering the dead lost in post-1945 conflicts from 1967 to 1991. 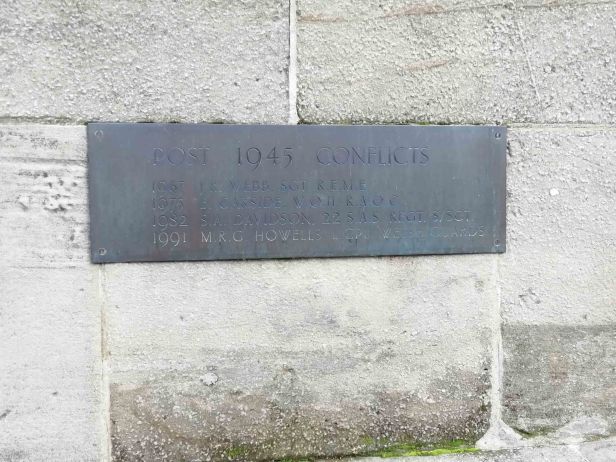 A further striking feature is a (relatively) rare example of militaria displayed in conjunction with a First World War memorial. This takes the form of a captured German submarine gun. It was gifted by King George V by way of gratitude to the town for the VC won by William Williams for his bravery at Gallipoli. This is located north of the war memorial on a higher, raised dias. 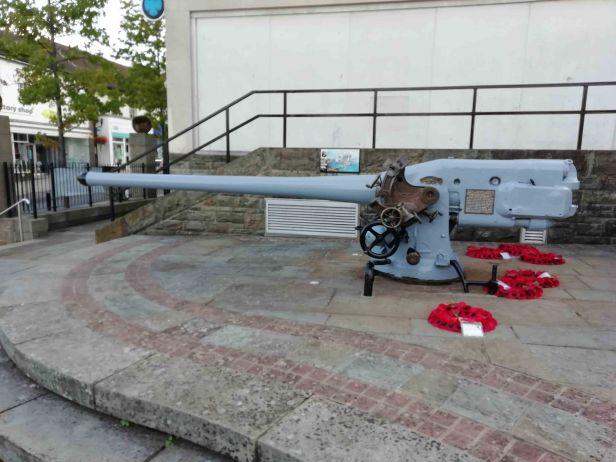 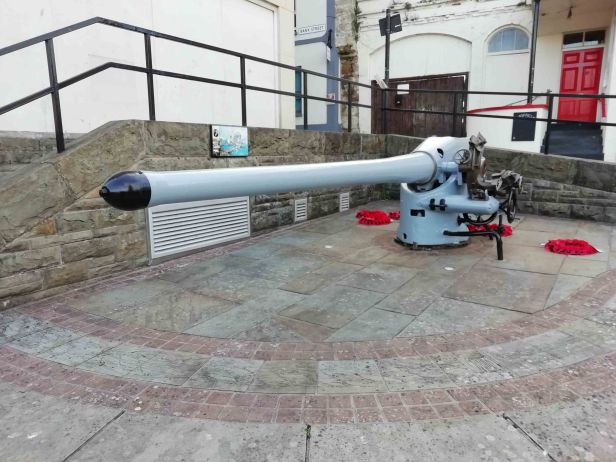 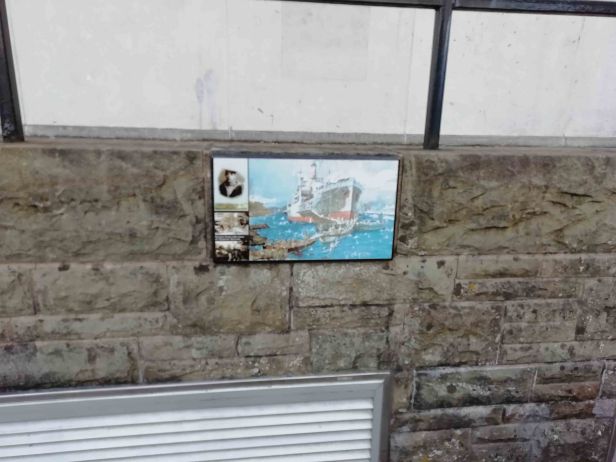 A further addition are the iron railings, dating from the 1980s by the Army Apprentice School.

Poppies have been stuck to the steps as a recent addition to the war memorial. 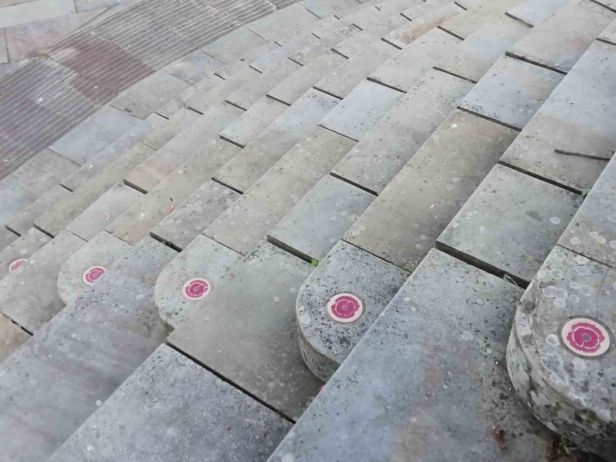 These are the principal biographical elements of the memorial from the 1920s to the 2010s, but there is more

Adjacent to the war memorial, upslope from it, is an orb-fish sculpture on a pillar, the phrases on each face suggesting the civic mercantile identity of Chepstow is the subject of commemoration, specifically the salmon and cider for which the Wye and its banks were famed. 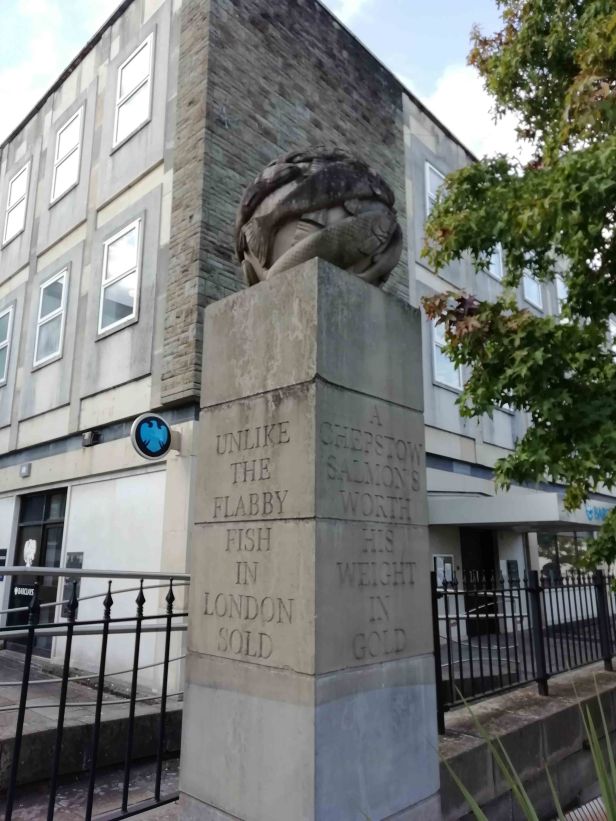 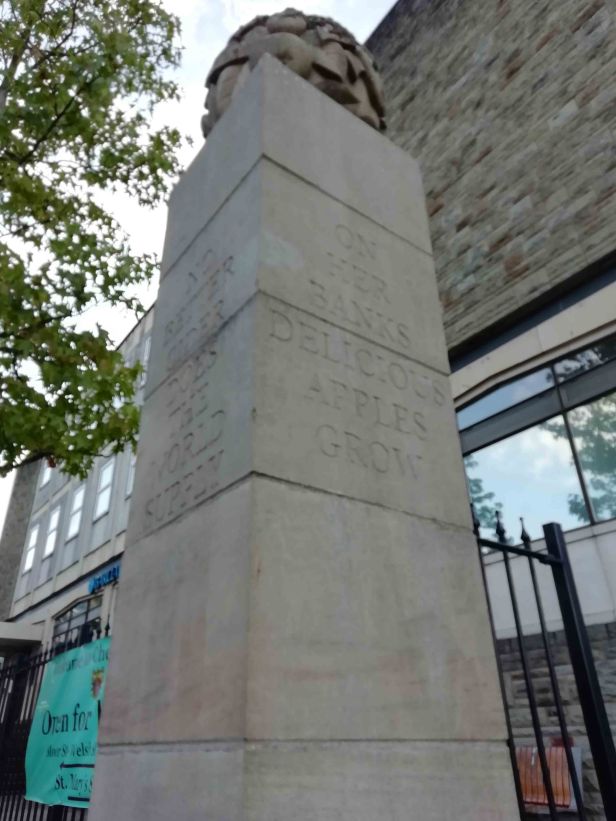 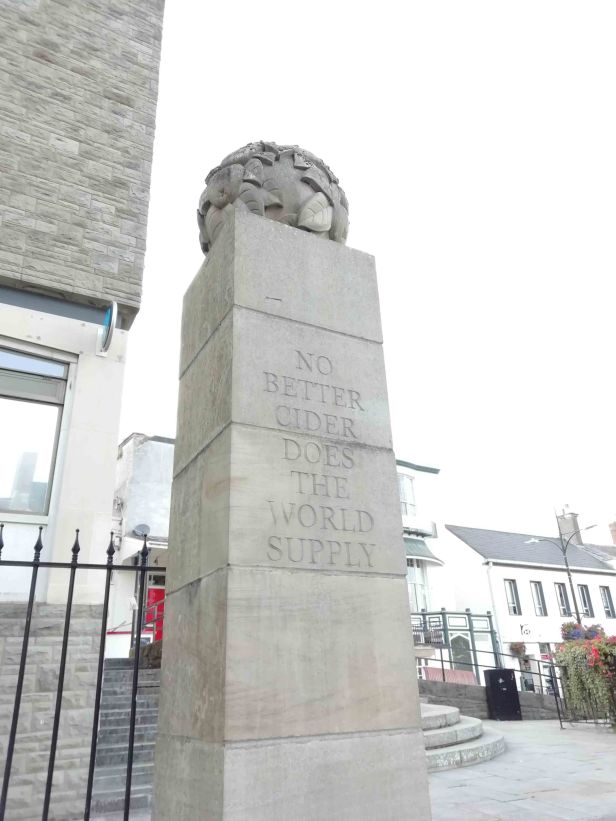 Meanwhile, the steps downhill (north-east) of the war memorial has been sculpted with curving relief friezes which on the former market place, thus also commemorating Chepstow’s civic and mercantile identity. This is articulated by the depiction of produce historically bought and sold in the market square with text celebrating the quality and quantity of the items on offer. 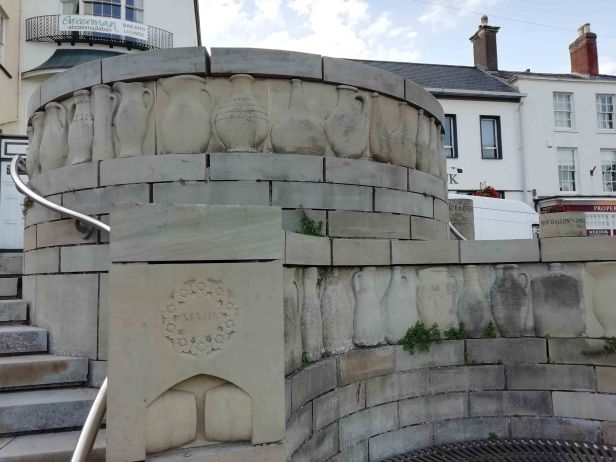 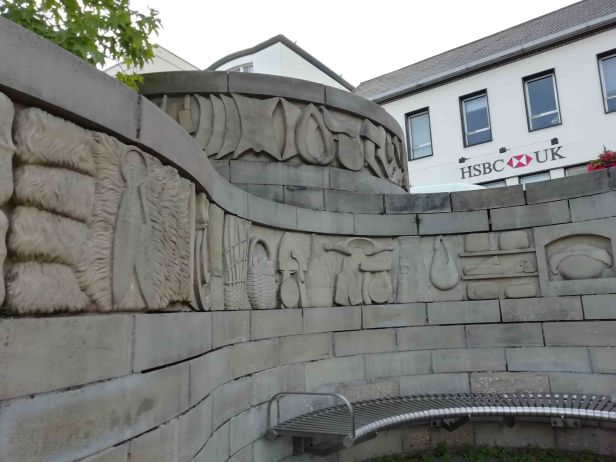 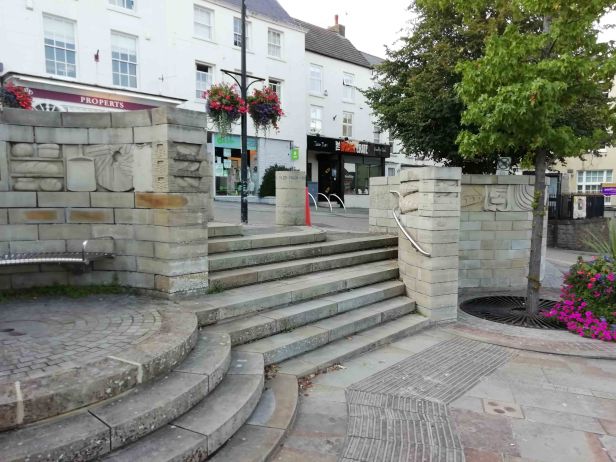 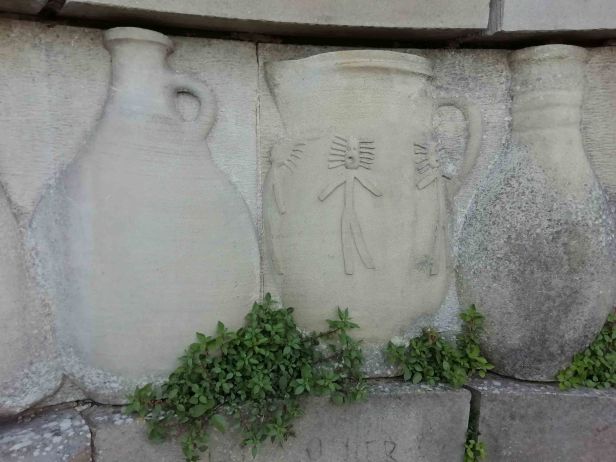 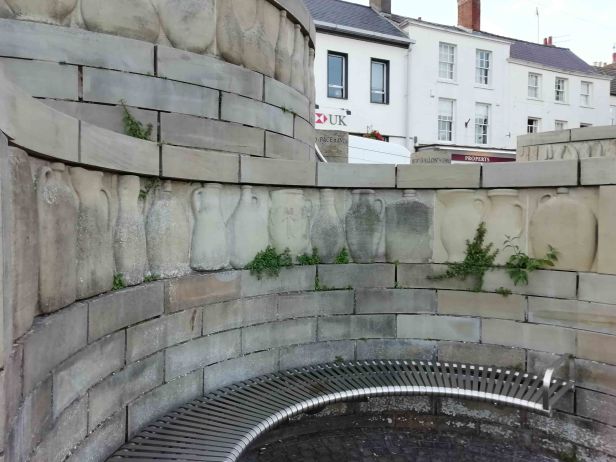 Putting these points together, Chepstow’s war memorial has evolved in itself and been contextualised into the focus of a multi-nodal commemorative locus for not only the war dead, but civic pride and identity incorporating a war trophy and representations of past material cultures. Each has a discrete orientation and stepped space, but they operate in relation to each other.