I last visited Bergen in 2010. Going back, I had the chance on the first evening to walk around the UNESCO World Heritage Site of Bryggen on in the dark and in rain.

The later medieval (12th-16th-century) Hanseatic League port and office, of which 62 building survive, is a unique space that gives many insights into the urban architectures and landscape of this important trading centre in western Norway. The WHS has its own pillar with bas-relief plan marking the main approach from the town.

I explored the waterfront facades of buildings dating back to the end of the Middle Ages and on the site and plan of older dwellings, plus 19th/20th-century recreations following a similar style. 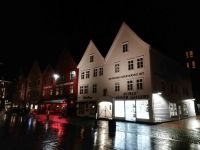 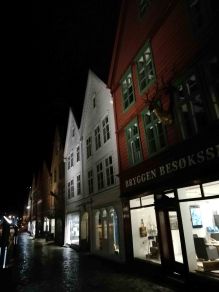 I then explored the back-streets. If one can cast aside the fact I’m experiencing the nighttime scene via electric lighting, this affords a more evocative sense of walking in another time than daylight allows. 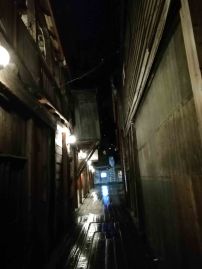 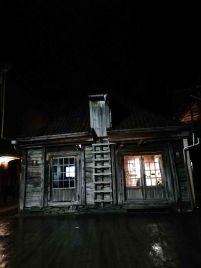 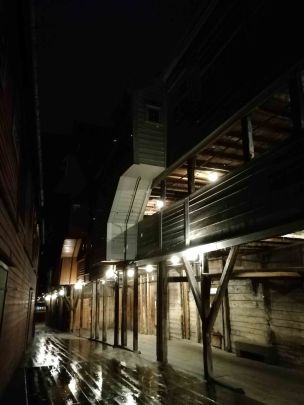 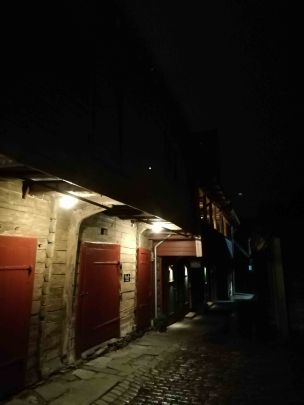 The oldest building in Bergen, the 12th-century St Mary’s Church, was also striking at night. 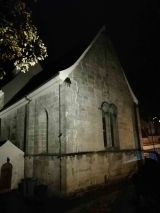 In addition to these medieval architectural wonders, envisioned through modernity’s electricity in stark relief but eerie shadows, I came upon a memorial to an archaeologist. Situated on a terrace just below Ovregatan at the top of the Bryggen WHS, there is a very traditional bronze bust to honour a deceased archaeologist: Asbjørn Herteig (1919-2006): the first curator of Bryggen Museum (1955-1979). How many other World Heritage Sites incorporate memorials (including statues) to archaeologists, I wonder?

One thought on “Commemorating an Archaeologist: Night in Bryggen” 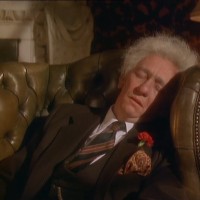