Culminating in What’s Wat’s Dyke? Wrexham Comic Heritage Trail, over recent years I’ve been working to investigate, evaluate and create heritage interpretations of Britain’s second-longest early medieval linear earthwork: Wat’s Dyke. In a 2020 book chapter titled ‘Interpreting Wat’s Dyke in the 21st Century‘, I evaluated past heritage interpretations of the monument. Part of this involved identifying a series of problems with the past heritage interpretation panels from Greenfield Valley, Flintshire (in the north) down to Maesbury Road, Oswestry, Shropshire, (in the south) and where Wat’s Dyke passes by heritage sites, villages and towns. In most places, it passes unmarked, but where heritage interpretation panels exist, they were raised at different times, by different authorities and individuals, and contain contrasting and contradictory information. In concluding that chapter, I identified the lack of planning and consensus in how to interpret the monument. Contrasting dates are afforded to Wat’s Dyke from the 5th to the early 9th centuries AD. Moreover, it is pervasively misrepresented as an ethno-linguistic and political ‘borderline’. The disconnection from the surviving traces of the monument are a frequent issue too, making its heritage interpretation ‘intangible’ as well as fragmentary, thus mirroring the monument’s surviving form and relatively low awareness by the public.

Since I published this account, I became away that two new heritage interpretation panels have been installed. I welcome both as positive developments.

The first was placed at Strand Coed in the Greenfield Valley following excavatons by Clwyd-Powys Archeological Trust. While it is a necessary addition to the Greenfield Valley and the route of Wat’s Dyke as a whole, the images and text contain a series of errors and raise further confusions for visitors. I’ve addressed these in a previous post you can access here.

I now wish to address a second new heritage interpretation panel. This contrasts in its form, location and circumstances of creation from the Greeenfield Valley board, but it also contrasts in my involvement. For while I wasn’t consulted for the Greenfield Valley panel, I was approached by archaeological illustrator Peter Lorimer (25 November 2019) having found my information and discussions of the heritage interpretaton of Offa’s Dyke and Wat’s Dyke via the Offa’s Dyke Collaboratory website.

Keen to avoid repeating mistakes, Peter asked me to look over a draft of the panel he was commissioned to create for an A1 interpretation board to be installed adjacent to Fford Eldon, beside the then-to-be-constructed and as-yet-unnamed Ffordd Onnen, Soughton, Mold. The funding and context of the board was different from others I’m aware of: it was to be paid for by the housing developer following the building of a new housng estate adjacent to the historic line of the monument and the estate’s access road was built over its line where it no longer survived as a standing monument.

Subsequently we exchanged emails and Peter all told sent me two drafts. On each of which I offered constructive comments about the texts and image.

I had then invited Peter to contribute to our planned April 2020 ‘Special Offa’ public event to show-case his art and design. Unfortunately, COVID struck and I heard nothing further about the project and emails to Peter went unanswered, both those inviting him to contribute to the digital event: Special Offa: Communities and Offa’s Dyke which successfully took place and to congratulate him upon hearing that the board had now, in early 2022, been installed.

So I return to this topic now since a local ‘informant’ who lives in Sychdyn told me that the board had been finally installed two years after I’d anticipated it.

I’ve now had a chance to go visit the board in person and present my evaluation of what has been presented. First up, here’s my TikTok:

The entire design is superb, clear and professional. While perhaps there is indeed too much text, the combination of the BM photograph of a gold mancus of Coenwulf, the map and the reconstruction, together with the title and text, really engage the reader. The builder’s logo isn’t overly intrusive, and the frame and construction are solid, distinctive and smart.

There are two sections of text. The main section explains the extent, scale and character of the monument and identifies its close relationship – physical, functional, conceptual and chronological – with Offa’s Dyke. The text is honest about what we don’t know but identifies its likely intended role in multi-functional surveillance and mobility-manipulation, as well as articulating the authority and power of the Mercian ruler(s) who constructed it. I also think it is very important to see this as more than a military monument, but one that worked in peacetime too in relationships between the Welsh kingdoms and the Mercians.

The side-text outlines more about Coenwulf, the possible builder of the monument (as argued by Tim Malim based on his work at Gobowen) and his relationship to origins and development of the kingdom of Mercia more broadly and Offa’s Dyke.

The caption for the diagram is also candid, making it clear we can only speculate about aspects of how the monument originally looked without pretending to be overly authoritative given the many uncertainties remaining about what the monument looked like when first constructed (see below).

Justification and context for the information advice given on this interpretation can be found in the work of Tim Malim, Paul Belford, Keith Ray & Ian Bapty, as well as in my recent article on Wat’s Dyke in the Offa’s Dyke Journal.

John G. Swogger and I deliberately selected an optimistic and speculative reconstruction of Wat’s Dyke for our comic heritage trail, including beacons, watch towers and access to viewing points from the palisade itself, but of course all such details are informed guesswork. Check out our image for the Dyke viewed north at Pandy and crossing the Clywedog. Lorimer’s reconstruction is great and different: it is much more minimalistic. What is very good about it and often misrepresented is this new image shows the clear steepness of the monument unfettered by details and additional installations. Specifically, rather than the repeated tendency to reduce the earthwork to the bank and seeing the ditch as incidental or secondary, this is one of the first reconstructions that clearly indicates how impressive and formidable the monument once was when first completed, and the way bank and ditch worked together, even if topped by a relatively modest 1-1.5m palisade. The small figure on horseback really helps to indicate the scale of the monument.

A few criticisms might be levelled at the reconstruction, however:

The map is clearer and more accurate than those on most other heritage interpretation panels for Wat’s Dyke and Offa’s Dyke, even if necessarily spartan in details. It gives a sense of at least one of the rival Welsh kingdoms (Powys) and Mercia, the respective lines of confirmed sections of Offa’s Dyke and Wat’s Dyke, and relationships with other later principal towns and villages, as well as water courses. The relationship with higher ground and rivers are made apparent, showing how Wat’s Dyke operated to control and curtail movement both across its line towards the Dee and its estuary, as well as movement alone its line.

A stark issue with the panel is language: this is in modern-day Flintshire but the panel is presented only in English! I raised this issue at draft stage but I was told that the commissioners would not finance Welsh translation and/or two boards, one per language. This is far from ideal and disappointing, but not the fault of the designer themselves.

The location is beside the access road across the line of Wat’s Dyke adjacent to new houses. The board is aligned parallel with the line of the monumennt. However, visitors who don’t know that Wat’s Dyke is named in a nearby road-name – Wat’s Dyke Way – and by implication runs NW-SE perpendicular to the access road Ffordd Onnen. In short, anyone who reads the board will look around for an indication of Wat’s Dyke and might struggle to realise it runs across the grass behind it, only visible as the slightest hint in the profile of the field line meeting neighbouring woodland.

Our comic is but one effort, and it is arguably a more versatile medium than a fixed heritage interpretation board. Yet our comic cannot exist physically in the landscape, and as I explored in the aforementioned 2020 book chapter, heritage boards have an important role in locating monuments now invisible or difficult to apprehend in the landscape today, as well as identifying and explaining monumental presences where the earthwork survives.

In this regard, I welcome wholeheartedly this well-designed, carefully considered heritage panel. Issues of location, language and details regarding the map and reconstruction are not criticisms that detract from the overall positive appraisal of this new heritage interpretation panel. 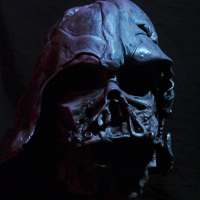 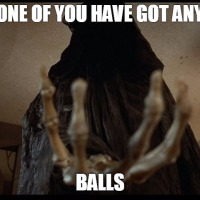