Cared for by the National Trust for Wales, St Tanwg’s church (a Grade II listed building) sits on the edge of the dunes at Llandanwg, Merioneth. I visited a few years ago and my photographs are not comprehensive or of the best quality. Still, I want to share them with you since the site encapsulates many of my interests in how churches operate as long-term custodians and foci of death and memory from their proto-history in the Early Middle Ages through recent centuries to their contemporary (dis/re)uses.

The current structure of the church by the beach, 20m from the high water mark, dates no earlier than the 13th century, extended to the east in the 15th century. Only the dedication (as so often is the case) to St Tanwg hints at an early medieval date, although the presence of a former curvilinear churchyard is another hint towards early medieval origins. The building was abandoned by 1841 and filled with sand and in disrepair when re-roofed in 1884. 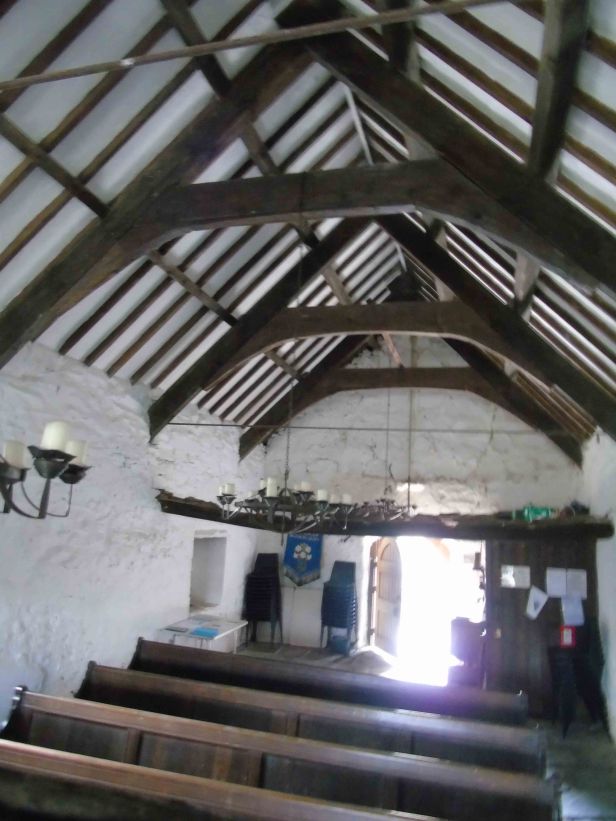 Now managed by the National Trust, there are signs instructing that no new burials or ash-scattering is permitted. 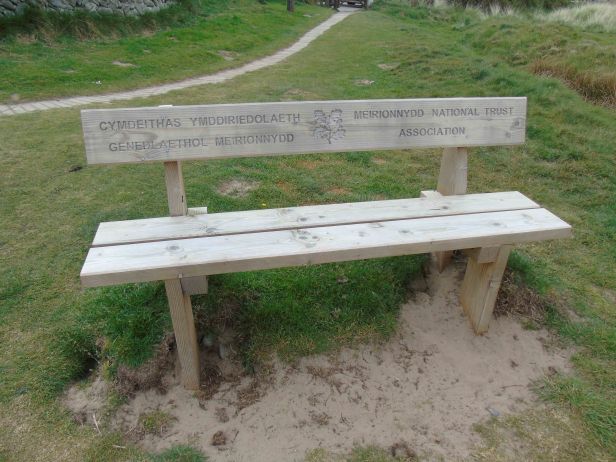 The conclusive material evidence for the early medieval funerary and memorial significance of this location, perhaps dating prior to the building of any Christian church, are 5 early medieval stone monuments. These are displayed today inside the church and they comprise 3 Latin-inscribed stones and two cross-incised stones. In her A Corpus of Early Medieval Inscribed Stones and Stone Sculpture in Wales, Nancy Edwards (2013) provides details of these monuments, somewhat more reliably than the hyperbolic printed signs placed beside them in the church.

Llandanwg 1 (MR10) is a tall, slender rectangular pillar carved in roman letters the Latin inscripton over 3 lines: Invenvi/ Barbi / [-]ic iacit, translated as ‘Of Ingenus Barbius, here he lies’. Edwards (2013: 390-392) dates the monument to the 5th or 6th century AD. 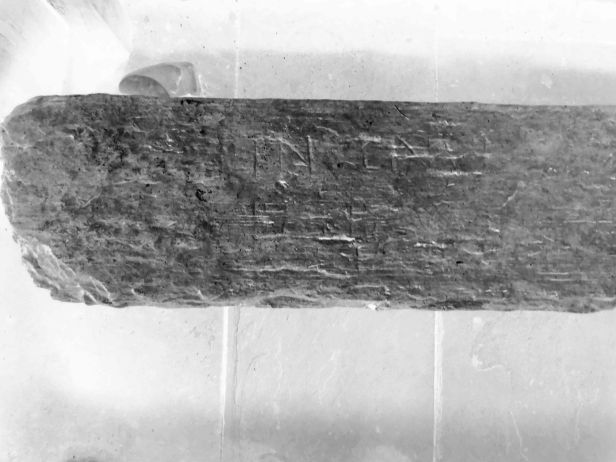 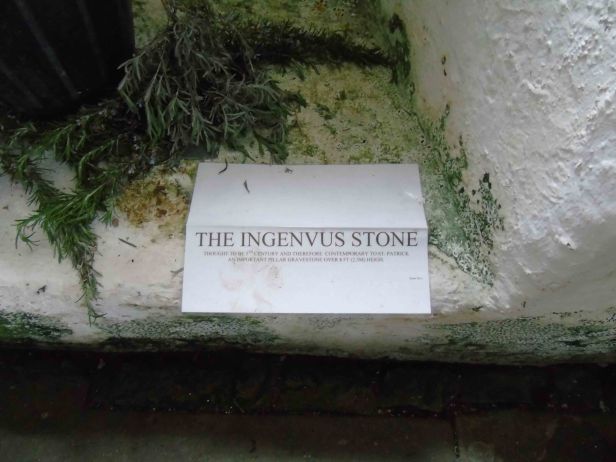 Llandanwg 2 (MR11) is built into the sill of the south window in the sanctuary and contains a single line of roman lettering: the Latin inscription reads: Eqvestri nomine translated as ‘of Equester by name’. Edwards (2013: 393-394) regards this as 6th century.

I didn’t take photographs of sufficient quality of Llandanwg 3 (MR12) which is a pillar with two lines of roman-lettered Latin text: Geronti hic iacit/ fili Spectati translated as: ‘of Gerontius, here he lies, son of Spectatus (or Spectatius)’ dated by Edwards more specifically to the late 6th century ADD.

In addition to these three Latin-inscribed monuments, indicating a Latin-using memorial community, quite possibly Christian, using the site in the 5th/6th centuries AD, there are two less-precisely dated cross-inscribed stones. Llandanwg 4 (MR13) is situated in the exterior west wall of the church and I failed to spot and photograph during my visit. Edwards dates it to the 7th to 9th centuries AD (Edwards 2013: 397). Finally, we have a bulky stone on display in the church, Llandanwg 5 (MR14), a deep but thin stone with a surviving cross head and arm, carved with a linear Latin cross within a rough lozenge shape. Edwards (2013: 398-399) attributes this a later date than the other 4 stones: suggesting a 9th-11th century AD date-range, although admitting that ‘dating is difficult’ with such crude, simple cross-incised monuments. 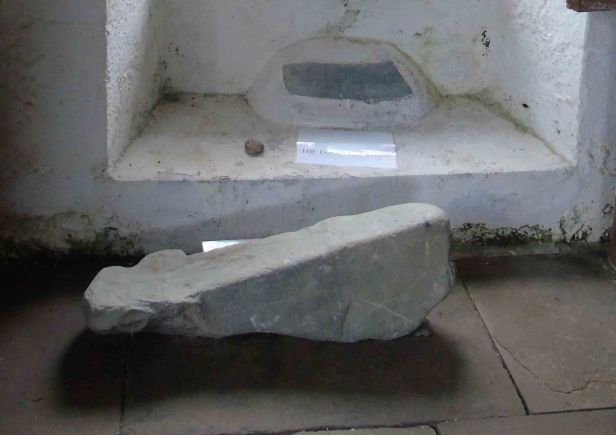 All five of these monuments could have been burial markers and held memorial functions, but one or both of the crosses might have marked other significant locations in the burial ground. They are the primary evidence for this being an early church site, although precisely how large, significance and fluctuating its fortunes and functions were, remain lost in the mists of time.

Moving outside into the tiny churchyard, the post-medieval monuments attest to the continued significance, and for much of the mid-/late 18th and early 19th centuries, the parish church status of the building. Some 20th-century memorials show the enduring significance of the churchyard as a burial location long after the church’s abandonment and subsequent restoration. 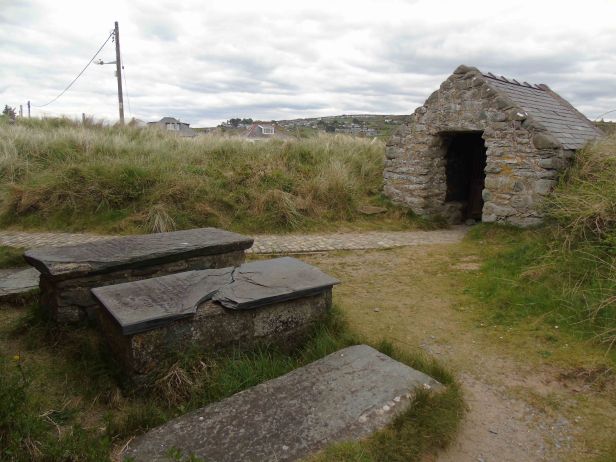 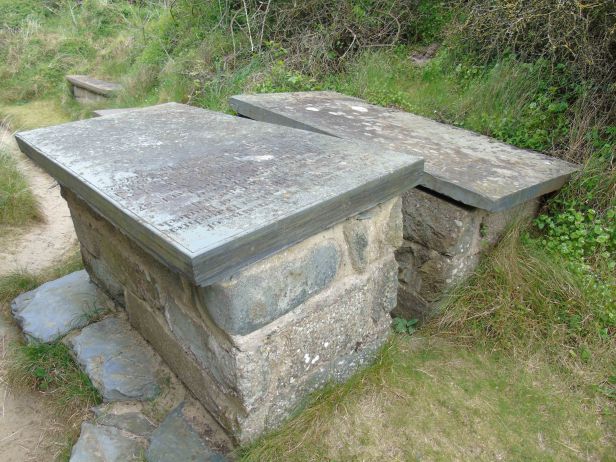 Moreover, Llandanwg furnishes us with another example of a mortuary lapidarium. Because, outside the west end, serving as a retaining wall against the sands, a series of 18th and 19th-century slate graveslabs have been placed in a concave arrangement. 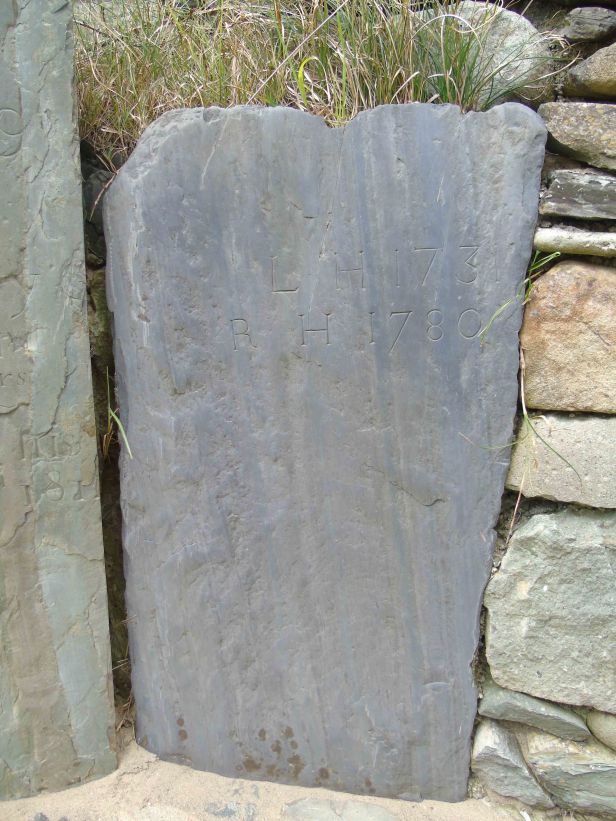 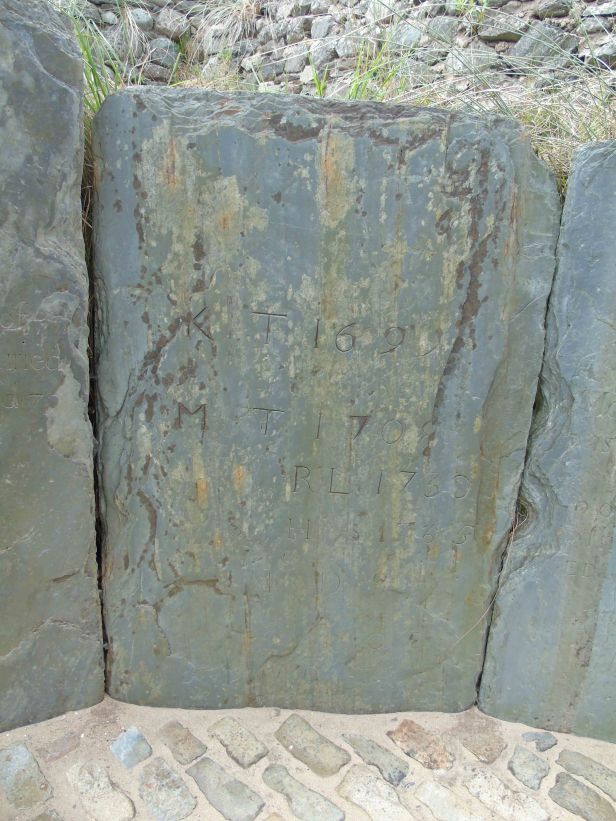 In many regards, these lithic fragments of memorial practices, spanning 1500 years, only go to reveal how little we know about the story of this small church and its burial ground. They are broken and bent jigsaw pieces from a multi-generational memorial puzzle, much of it buried under the dunes. While inactive as a burial and memorial location, and thus somewhat ‘fossilised’, they site remains a testament to the longevity and tenacity of churchards as timemarks in the Welsh landscape.

Yet its simplicity, apparent timelessness, the beautiful location and seemingly isolated beach context are all likely deceptive. Akin to other coastal early medieval sites in western Britain, these is likely indicative of a larger early medieval religious site which formed part of a complex network of maritime and estuarine settlements and trading sites. Over time, these structures have never been static, undergoing structure and memorial change through the decades and the centuries.

The sands of time conceal, but the sands also never stay still. I wonder how many more early medieval stones and archaeological traces remain to be discovered beneath the dunes?