If gravestones have a life-history, I like to think those gravestones which have been removed, cut and deployed as a flat surface with their inscriptions and ornaments facing upwards as pavements are like ‘zombie gravestones’. They are individually dislocated from their original places of installation and forgotten by the living, yet they remain on display as a component of the contemporary landscape. They are ‘undead’ – half living, half ‘deceased’. I guess a more accurate analogy would to say they are a ‘herd’ of zombies trapped in a quarry, or pinned in a mudslide…

Or maybe we move forward without the zombie analogy? Either way, the gravestones of past generations remain within consecrated ground, removed from burial plots and translated into the horizontal plane, serving a function as paving for mourners, worshippers and visitors. Their surfaces gradually wear out by exposure to the elements and by the wear of feet: a benign, slow death under the agency of year upon year of footsteps, wind and rain.

Walking (on the) dead.

In this undead state, they are beautiful and yet forelorn, superficially cared for and indicative of their past status as memorials, and yet actively forgotten within the consecrated ground. 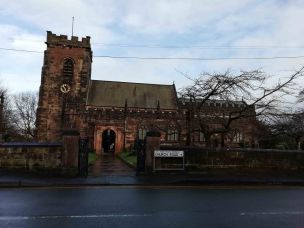 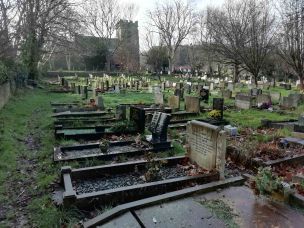 St Laurence’s churchyard at Frodsham was one pre-lockdown site I visited with my MA Archaeology of Death and Memory students. Not only are the paths around the church and churchyard boundary flagged with 19th-century graves, so is the path to the First World War Memorial to the west of the principal southern approach path to the church. 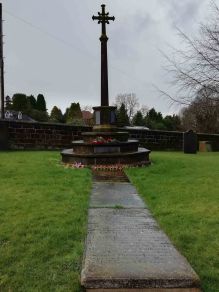 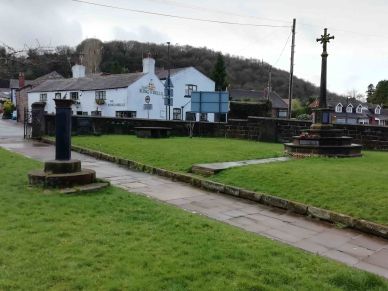 And paths are thus a field of memorialisation, slowing wearing away into oblivion. Yet for now they remain zombified. In cold and wet February conditions, they appeared half worn, half discernible, peering through an icy sheen, still telling fragments of the stories of those they commemorate. 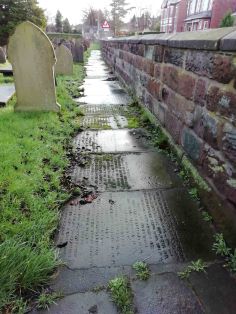 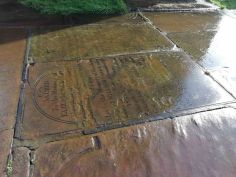 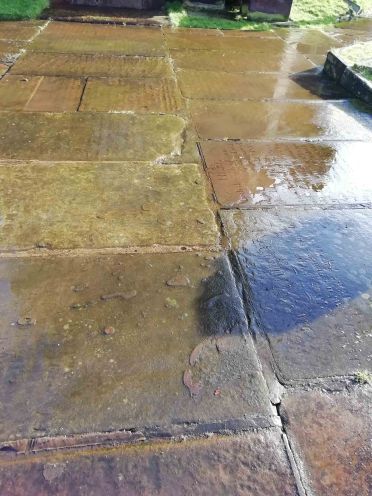