Four years before I began blogging in 2013, I appeared in my first-ever TV documentary. Perhaps it is revealing that this wasn’t an archaeology programme, since I’ve never been seen as appealing to archaeological TV producers. Instead, it was actually a religious history programme, one of a series commissioned by Channel Four and aired first in 2009: Christianity: A History – The Dark Ages. Presented by Dr Robert Beckford (now Professor) and directed by David Wilson, the programme was a bold sketch of the complex story of Christianity in early medieval Britain and Ireland in only 48 minutes and featuring sites as diverse as Lindisfarne and Glendalough.

This was part of a series of shows with different guest presenters. For the ‘Dark Ages’ episode, the aim was to present the traditional narrative of early medieval Christianity’s arrival on these shores between the 5th and 11th centuries AD. Yet the take was very different, pitched from a theologian’s multicultural early 21st-century perspective to emphasise the complexity of Christianity’s connections and composition. A positive, upbeat story is delivered by Beckford steered by the striking and memorable script of director David Wilson. You can view it here and make up your own minds about the detail and the overall narrative. 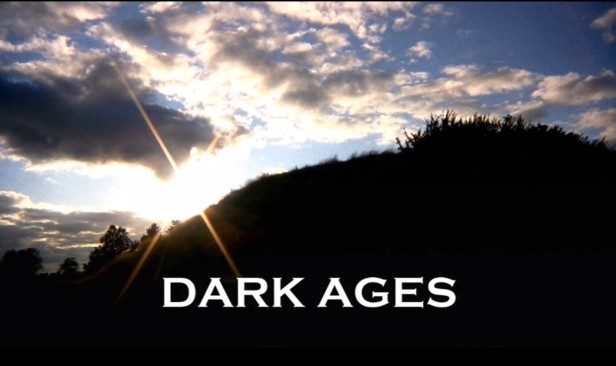 As you might appreciate, some of the phrasing made me cringe at the time from an academic’s perspective, including the characterisation of the early Anglo-Saxons as ‘pagans who followed a gospel of violence’ who created an ‘ethnic divide in the island between the Celts in the west and Anglo-Saxons in the east that has continued to this day’. But the justification for this stark characterisation of the Celt vs. Saxon and pagan vs. Christian relationship was quickly and pointedly made: that the early Anglo-Saxons ‘carved out new kingdoms for themselves’ and ‘eventually … would create the nation we live in. The mix of ‘Celtic’ and ‘Anglo-Saxon’ kingdoms in Britain was ‘the real beginning of our multi-ethnic world.’ This was a strong and clear message that challenges any exclusive or narrow white supremacist/ethno-nationalist takes on the ‘Anglo-Saxons’ (or indeed of the ‘Celts’) and certainly showed the relevance of the Early Middle Ages to an early 21st-century multicultural Britain. It was unquestionably appropriate for television audiences a decade ago, and perhaps more so now than ever.

My involvement was relatively small, one of many guest appearances and very much the most junior among local experts and ‘big names’  notably Michelle Brown. Still, I’m proud to be involved as I was the only archaeologist on the programme. I travelled down to London from Wrexham very early and met up with the presenter, director and camera crew at Harrow-on-the-Hill where we filmed beneath the yews of the churchyard. Then we drove around the M25 to Sutton Hoo in Suffolk to complete filming. I then got a lift to Chelmsford and from there back to London by train and home that evening.

I thus appear at two points in the show. First, I enter at about 9 minutes, talking with Beckford about the significance of the burial mounds at Sutton Hoo, introduced by the programme has the most ‘spectacular Anglo-Saxon cemetery in the country’ and probably the burial ground of the East Anglian kings. A phrase I love: Mound 1 is described as containing ‘grave goods of barbaric splendour’. Here, I made clear how little we know about pre-Christian belief and practice as it was a pre-literate culture, but also how the burial mounds were a statement of social status, ancestral and martial power and royal authority, and thus articulated claims to land and resources. I made the point I later followed up in print in the Journal of Social Archaeology, that the ship in Mounds 1 and 2 were interred to promote the remembrance of the dead. This was less about imagined journeys to afterlives, and more about installing the dead as omniscient presences in the landscape, asserting claims to the past, the present and the future of the East Anglian kingdom.

Secondly, I appeared at Harrow-on-the-Hill, where Beckford used to discuss its hearg place-name and the possibility that this was an example where a pagan sanctuary was supplanted by a place of Christian worship. The problem is, we don’t have direct evidence for the pagan sanctuary from archaeological investigations. Likewise, the origins and character of the hilltop church are obscure. So I was nervous about what to say here. Hence, I used my contribution to discuss in broader terms the complexity of the situation and how Christian missionaries might have been very carefully adapting to local societies and settings in how they established their places of worship in relation to pre-existing routines and rituals. This was a vague and wishy-washy approach by me, but I think it worked as a useful balance to the narrative of the programme without detracting from it and made sure the pre-Christian Anglo-Saxon kingdoms were not portrayed as passive recipients of Christian doctrine and observance.

So that was my first TV documentary appearance and I learned a great deal from this very positive experience (having been messed around by many other TV programmes before and since). I was delighted by the professional treatment on the show: any errors in what I say are my responsibility, not theirs!

Incidentally, it was to be another decade before I next appeared on TV, filmed in 2018 about Offa’s Dyke in Beyond the Walls: In Search of the Celts. My third and latest appearance was aired in 2019 at Repton, Derbyshire, discussing the Great Heathen Army: Britain’s Viking Graveyard. 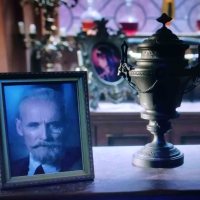 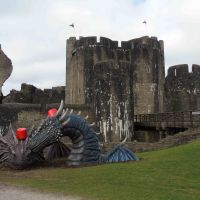 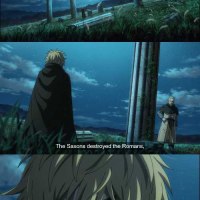 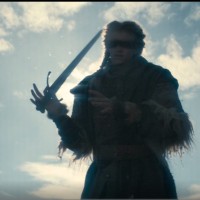