Until a few weeks ago, I had never entered a primary school to give a session. Then, I get two invites coincidentally at the same time!

So, I was invited recently to give 2 x presentations to a mixed group of 7-11 year olds in the hall of a north-east Wales primary school who had been studying Vikings. I reported on that here and on the kind letters of thanks here. For that, I had taken the Blue Axe Reproduction artefacts recently acquired by my Department and deployed them to reflect on Viking funerals. It was stressful, but it seemed to go ok.

This was a challenge and I wasn’t sure what to do. Still, I did take along my Viking reproduction items and discuss their functions and significance for early medieval people However, this was combined with a broader discussion of what is archaeology, how and why we do it, and what I do in my job as a Professor of Archaeology. The pupils were really enthused it seems: I was a hit!

For the last question, one cheeky student said: ‘I have a question, but not for Professor Williams, but to the rest of the class. Who now wants to be an archaeologist?’ Most of the group put their hands up!

In case some of you out there doubt: archaeology is simply the best!

Not only that, but I got feedback in the form of a collective ‘thank you’ card from the entire group, featuring drawings of Viking artefacts, but also many renditions of what I look like to 7-8 year olds! The results are touching but chilling as I now reflect on how I look and come across to kids! Those that know me will recognise that all the images are entirely accurate, I cannot deny it! 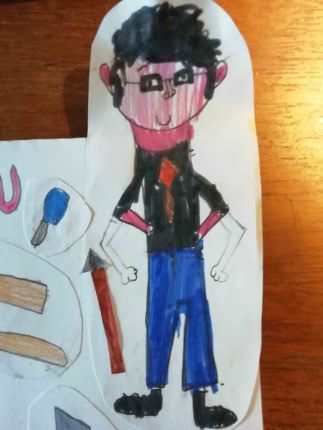 One thought on “ARCHAEO𝔡𝔢𝔞𝔱𝔥 in the Primary School 2” 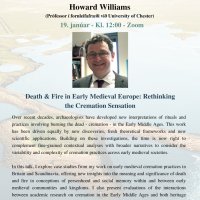