To complement my two recent posts about Conwy’s Victorian and present-day time tunnels which afford journeys into imagined legendary and medieval pasts, and gather together these allusions for present-day visitors and travellers, I want to post about my first-ever time–traversing neo-medieval architecture of the early 19th century: the Conwy Suspension Bridge. 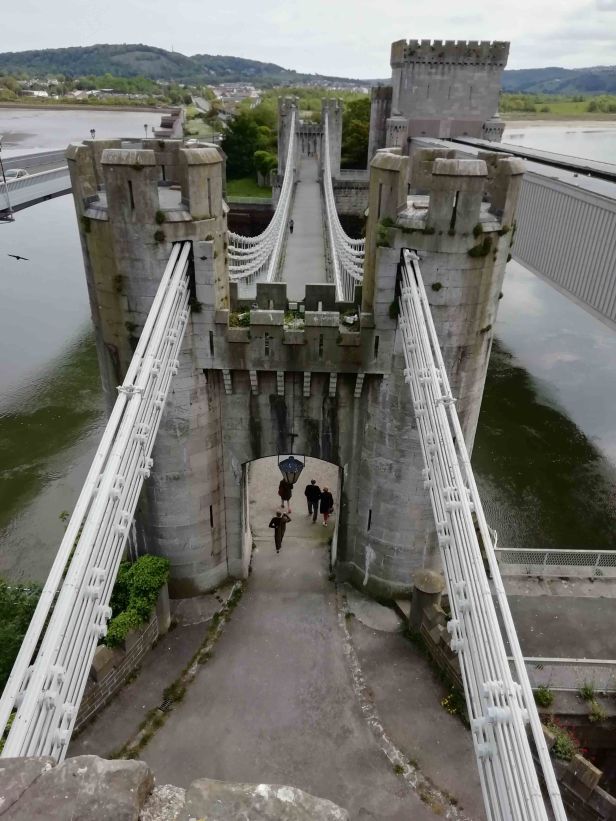 Having visited Conwy many times and looked down over this Grave I-listed bridge which is cared for by the The National Trust, I only very recently walked across the bridge, now for pedestrian traffic only since it was replaced for road traffic in 1958, for the first time. 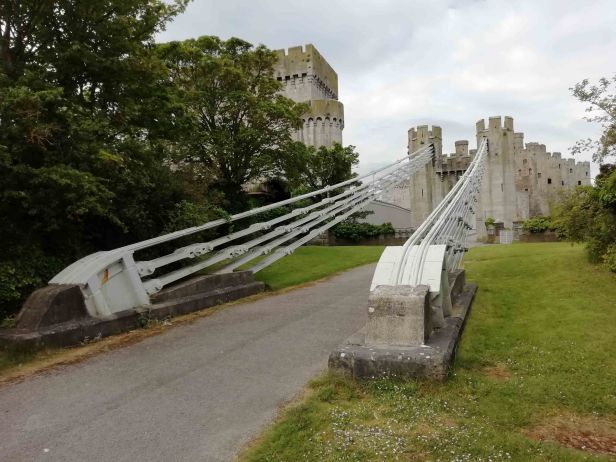 At 99.5m long, it was constructed between 1822-26 following Thomas Telford’s design to take traffic between Bangor and Chester along the North Wales coast. A wooden deck was replaced by an iron roadway in the late 19th century and the wire cables served to strengthen the original chains in 1903. It was only superseded by the new road bridge in 1958 and it is now a ‘road to nowhere’ bridge sandwiched between its successor to the north and the railway bridge to the south. 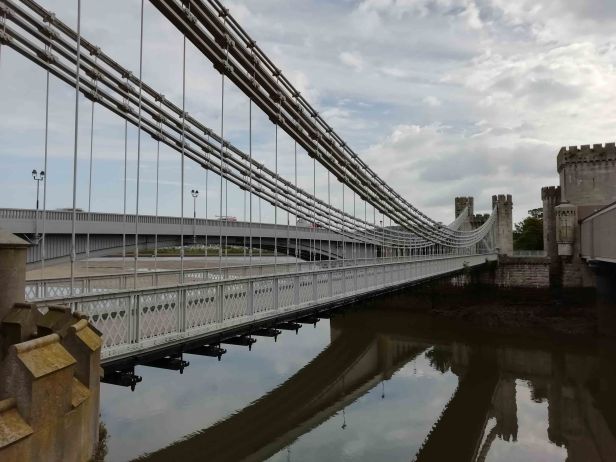 The neo-medievalism might be seen passively as an attempt to ‘match’ the ruins of the late 13th-century castle, but I would propose that this is a form of colonisation of the castle and its neo-Gothic architecture. Indeed, the architecture of the bridge’s towers bear more emphasis on a early 19th-century fantasy of a castle than to the real medieval architecture it is adjacent to. It has two crenellated round towers with false machicolations on each side, as well as crenellated outworks overlooking the river and town. 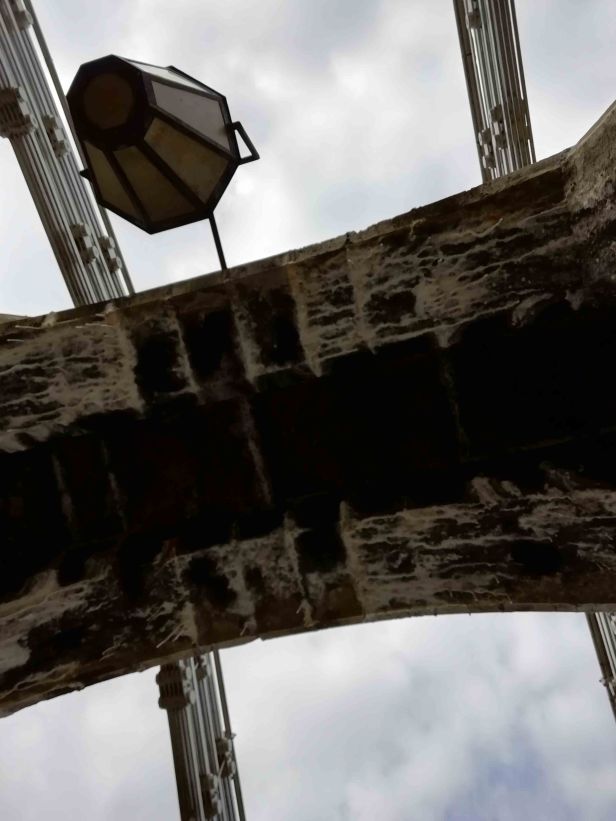 A fabulous 19th-century touch is the addition of gas lamps hanging down below the machicolations. 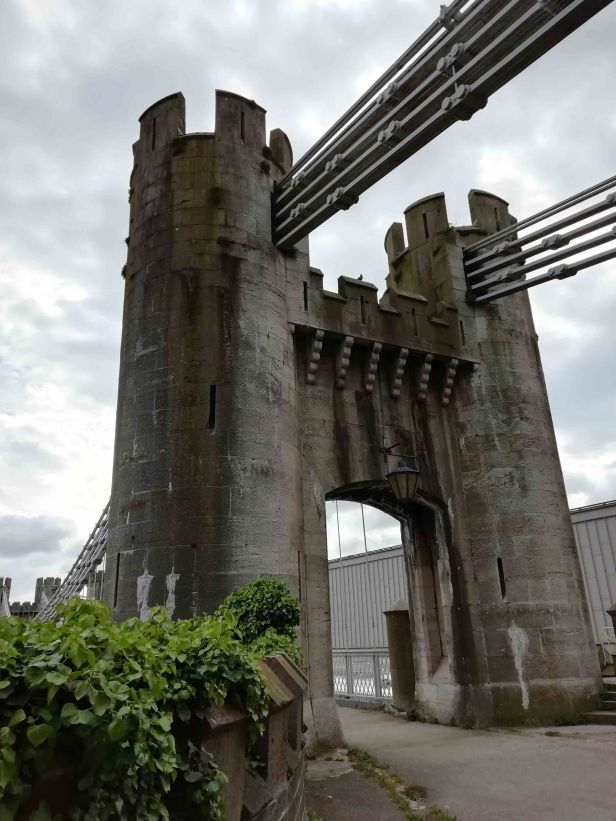 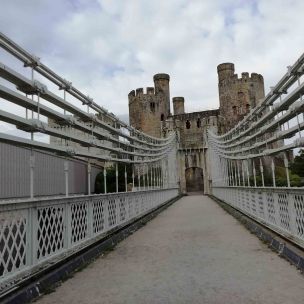 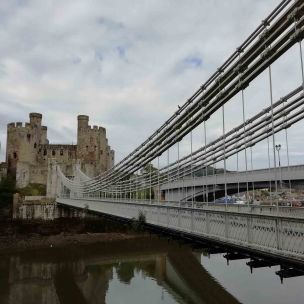 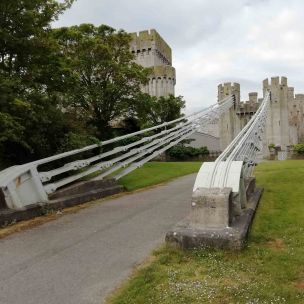 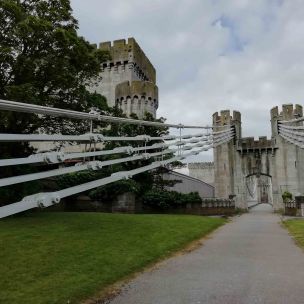 A further dimension is, of course, the architectural conversation that subsequently takes place with the railway bridge, which runs alongside it to the south.

Striking in its own right is the miniature castle fortifications of the toll house, with its detailed description of toll charges. 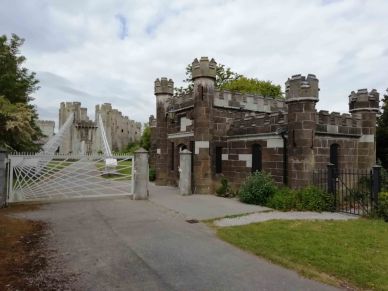 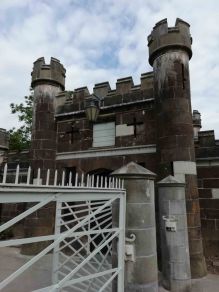 What I hadn’t realised before visiting is that the suspension chains and cables at their western end are embedded into the castle wall: the bridge is actually connected directly, not merely adjacent, to the medieval ruined fortress! So the bridge had an actual physical connection, as well as an emulative, relationship with the castle. 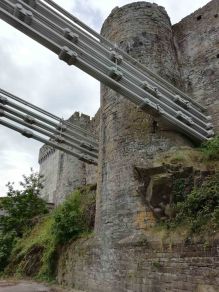 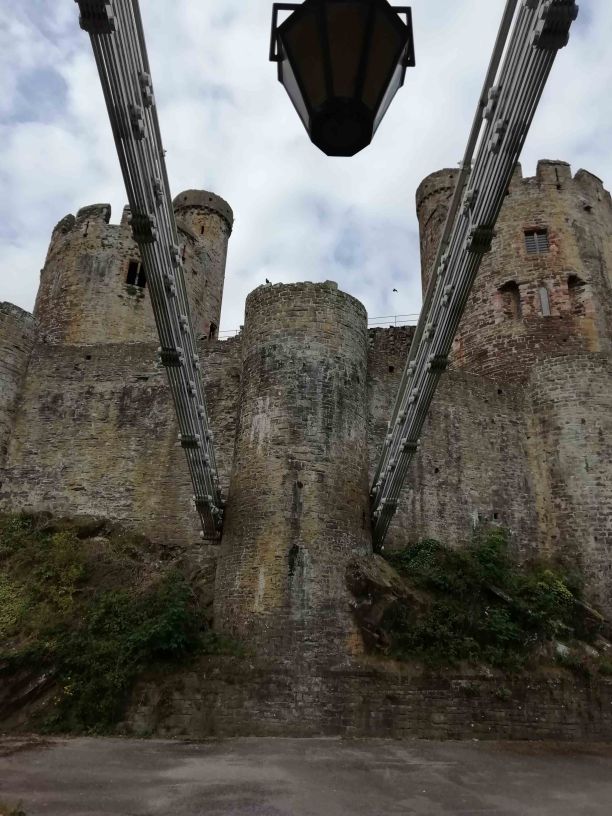 I noticed 2 principal commemorative dimensions. At the east end of the bridge, opposite the toll house, are a pair of plaques presented by the Institution of Civil Engineers and the American Society of Civil Engineers. The one in English (right), one in Welsh (left), each afford details of the bridge’s construction, its closure to vehicular traffic in 1958 when the new road bridge was opened, and details of its importance for the Bangor-Chester road. It bears a commemorative plaque high up on the west-facing side of its western gatehouse 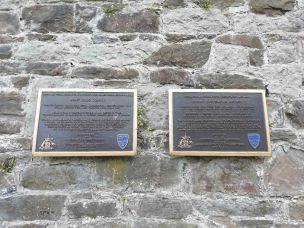 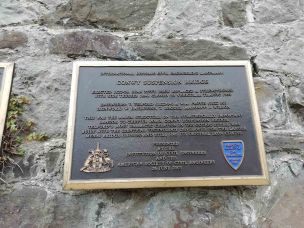 Then there is a plaque on the western face of the western tower, commemorating the building of the bridge as well as the restoration by the National Trust. 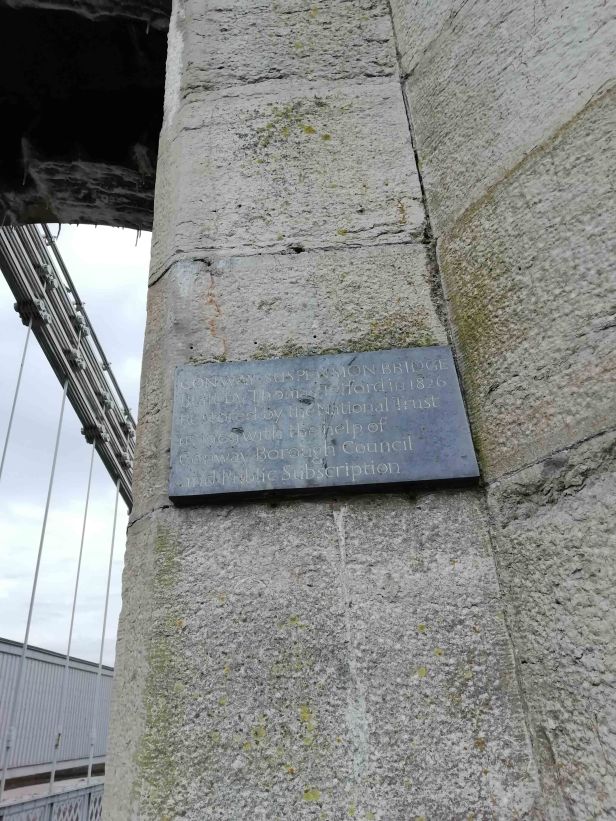 One thought on “Heritage in Suspension” 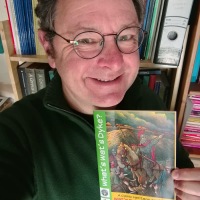 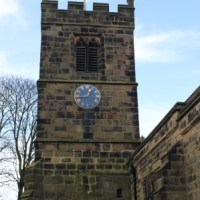 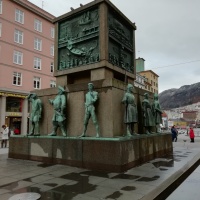