Yesterday, I became aware of an unfolding debacle caused by Cadbury UK and Cadbury Ireland. On their website, linked to QR codes on boxes of Freddo Treasures, is a page promoting families to go to cultural heritage sites and use metal-detectors and dig for treasure. It says ‘There’s plenty of real treasure out there still to be discovered. So, what are you waiting for? Explore the UK’s top treasure hotspots and see the riches already discovered on display at national sites’.

The second half is odd but fine, called ‘Discovered Treasure’ it highlights ‘treasure’ you can find in museums.

The real problem, however, is the ‘Undiscovered Treasure’ section, highlighting prominent heritage sites, protected by law and/or on private land, in both the UK and the Republic of Ireland, where further riches of monetary value might be uncovered. For example, the early medieval example is ‘Dig up Viking Silver on the River Ribble’ followed by the description: ‘The Cuerdale Hoard is one of the largest Viking silver hoards ever to be discovered. With over 8,600 pieces of treasure unearthed, there could have been some that was overlooked’.

This is ridiculous, irresponsible, and beggars belief. It is not only bad ‘optics’ for Cadbury and does no favours for anyone else who cares about heritage, it is a promotional campaign that lacks awareness of any legal restrictions affecting treasure-hunting. Furthermore, the campaign demonstrates a flagrant lack of educational, historical or environmental context to these statements, and there are also blatant errors of detail, so it is difficult to gain a sense what people will learn from this. It also casts ‘treasure’ in terms primarily of monetary worth without nuance or qualification.

In short, this is not only poor and potentially illegal, or fostering illegal behaviour, it is a missed opportunity for Cadbury to employ/consult heritage specialists and design an intelligent promotional campaign with educational dimensions to get young people and families to learn about the past and its many fascinating artefacts of significance.

The response from archaeologists in Ireland, Britain and elsewhere – individuals and organisations who have spent generations to protect, research, and foster understanding and engagement with the rich and complex heritage of these islands – has been swift and articulate, robust and critical:

Inevitably the discussion has spiralled outwards beyond the legal and ethical issues to broader concerns regarding heritage law and public understanding of archaeology, as well as the ethical issues and environmental abuses of major international companies, including Cadbury’s parent company. However, for this post, I want to highlight that:

Rather than try to summarise or evaluate the social media responses in any further detail at this time, I would like to instead direct you to a Twitter moment I’ve called ‘Cadburygate’.

Previously, I’ve called out the heritage sector itself for its persistent use of the term ‘treasure’ but it seems that Cadbury have no understanding that any ‘treasure’ can be divorced from monetary value, and might just be protected from rapacious treasure-hunters. It is a sad example of the broader challenges we face in engaging the public beyond the ‘treasure’ word and its multiple delusional associations. I echo Dr Tierney’s calls for a retraction and for Cadbury to make amends financially, but perhaps also to work with heritage professionals in future months and years to create fun and engaging public heritage activities for our mutual benefit.

7 thoughts on “Cadburygate: The Freddo Fiasco” 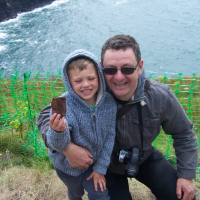