Silhouettes are all the rage as media for the commemoration of the First World War – evoking the ghosts of past generations, both service and death – but at Trefonen, Shropshire they are also a evocative apparitions for mining heritage commemoration.

Trefonen was the focus of 18th and 19th-century coal mining and brick making, with bell pits and then shaft and tunnelling of narrow seams. Clay extracted during mining was used in brick-making.

Now a sports ground and playground, the roadside approach to the former coalmine has a heritage board with a vivid aerial view reconstructing how the landscape and village would have looked in its heyday in the 19th century. 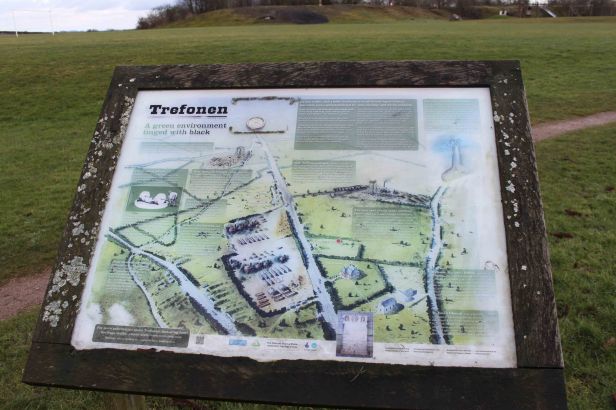 On a former spoil heap is an aluminium circle-headed cross framed by metallic poppies – more modest than the giantopoppies of Wrexham or the daffogiants of Rhosllanerchrugog. Presumably this is a centenary war memorial, the plaque at the base states: 14/18-NOW. 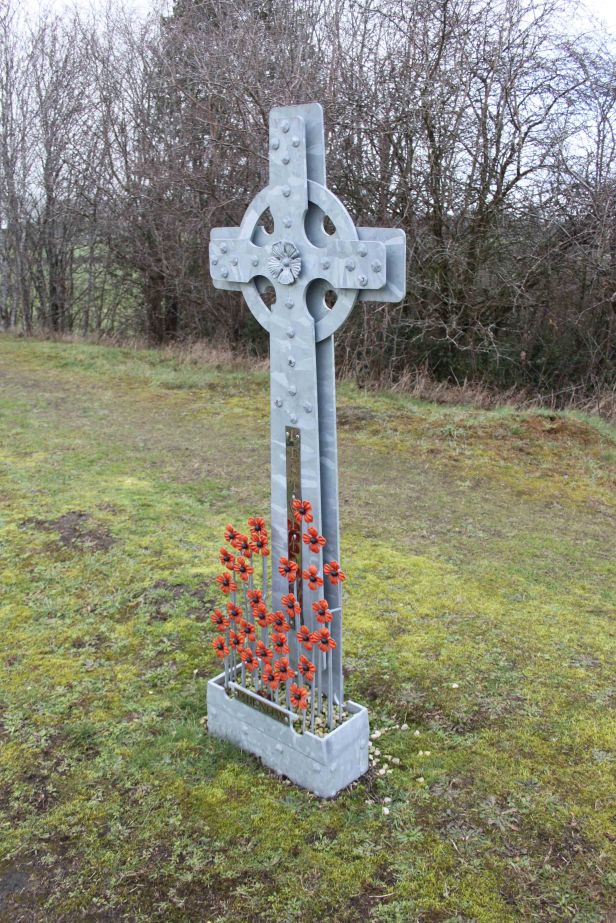 Traces of the industrial past include clay crushing wheels and a coal truck. These are part of a broader pattern in post-industrial landscapes of material traces of industry serving as the foci of the remembrance of the industry. I’ve discussed that elsewhere for Loggerheads, the Severn Valley Country Park and Big Pit, Blaenavon. 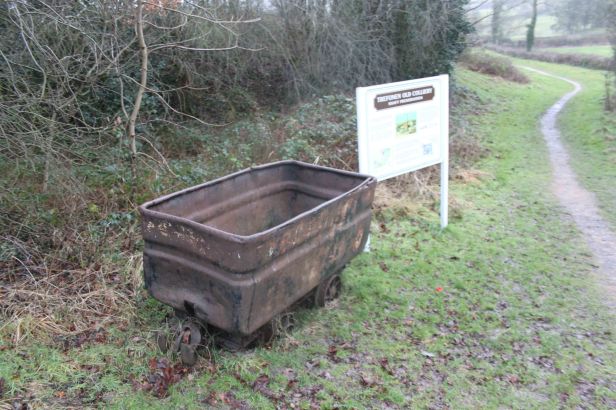 What I wish to focus on are the three contrasting uses of human silhouette sculptures. One, in the hillside of the spoil heap, commemorates the subterranean act of mining itself. 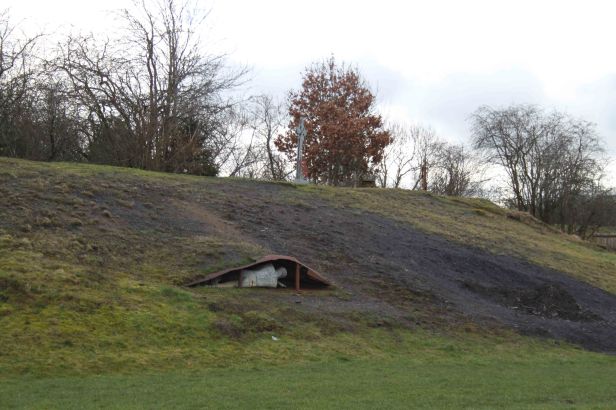 Another is an iron standing figure of the miner on top of the spoilheap with his hat and pickaxe marking his profession.

The third silhouettes is of a pair of aluminium miners, integrated into a memorial cage that caps the former mineshaft. Their presence evokes the mine, but also, framed as they are by trees, the dangerous vertical descent of miners to their workplace. Therefore, the practical protection of the mineshaft evokes the ghosts of its former workers.

From the sundial at Hafod to these instances, the use of the adult male human body, identifiable through stylistic mining tools and clothing, has a widespread use to evoke the many generations who laboured in the industrial age. In this landscape, the presence of a centenary cross melds industrial commemoration with war memorialisation, making an explicit connection to the centenary of the First World War and its uses of silhouettes to honour the Fallen and military service.

5 thoughts on “Silhouettes of Mining Heritage” 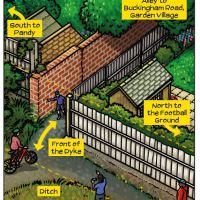