Before the early medieval cremation workshop, I arrived in Leiden and had 2 hours before closing time on Wednesday to rapidly explore the state museum of archaeology in Leiden: the RMO (Rijksmuseum van Oudheden). It is a fabulous space and an exhilarating experience for any visitor. I made the controversial (to many colleagues and me) to not make a beeline for the early medieval section, but to instead explore the rest of the museum.

I’m inspired to write a series of posts about the mortuary archaeology in the museum.  European museums contain not only a range of human remains, but artefacts derived from mortuary contexts. For me, I still struggle with the ethics of these displays, not as much the ‘should they be on display’ as ‘are we ethically displaying these remains by honestly and clearly explaining the funerary contexts from whence they derived?’  The RMO is very good at explaining the mortuary contexts of the artefacts in their displays – as far as I could tell from my limited knowledge of Dutch, and the English translations. Therefore, it is good to look outside the UK and use this example to illustrate broader issues and debates in the how and why of displaying the dead.

I have no expertise in Egyptian archaeology, but the fabulous displays at the RMO brought to mind a few key aspects of interest to me.

First up, is the scale of the Egyptian displays: as with the BM. Sarcophagi, inside and out, are the principal and most prominent dimension, far more than mummies. 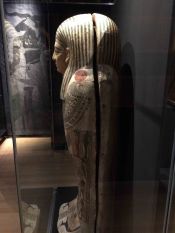 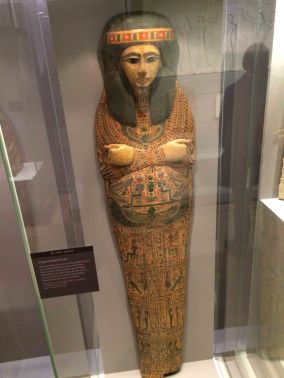 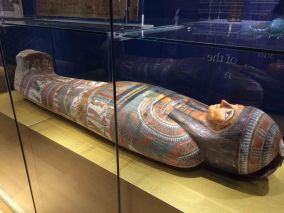 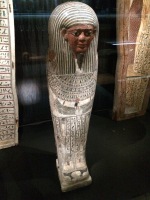 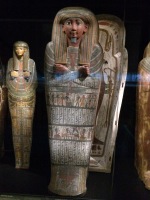 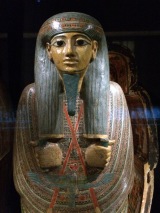 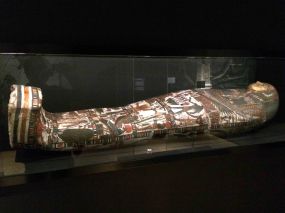 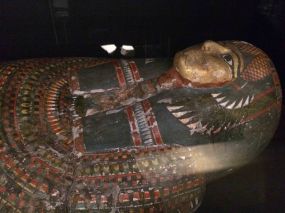 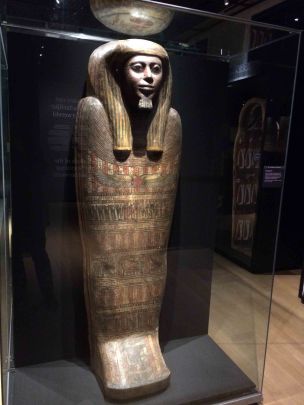 The massive sarcophagus in the foyer frames the entire exhibition space of all eras.

The innards of sarcophagi are actually far fewer, and wrapped mummies are in a more discrete location which can be avoided, although I didn’t see any overt ‘trigger warning’ signs as witnessed at British museums. 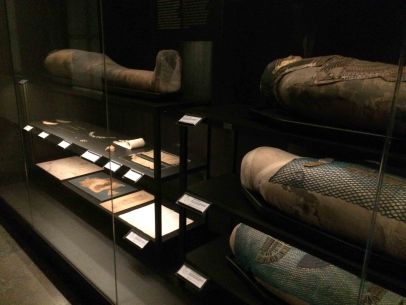 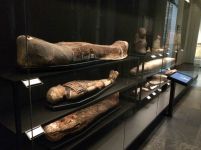 Yet, unlike many  British museums, no actual human remains are displayed opened – no flesh, no bone, in the Egyptian displays (although they are elsewhere in the museum). A CT scan shows a skeleton within its wrappings, however. 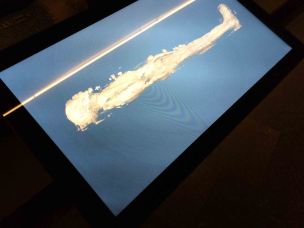 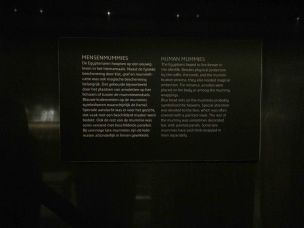 A further point is the range of other material cultures and monuments linked to mortuary contexts on display, including tomb-chests, gravestones and ‘shabtis’.

A further dimension I found fascinating, was while there were not Roman portraits, there were a wide range of later, Greek and Roman-period funerary monuments, giving a sense of the syncretism exhibited in later Egyptian mortuary culture. 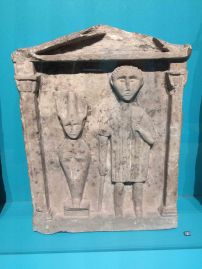 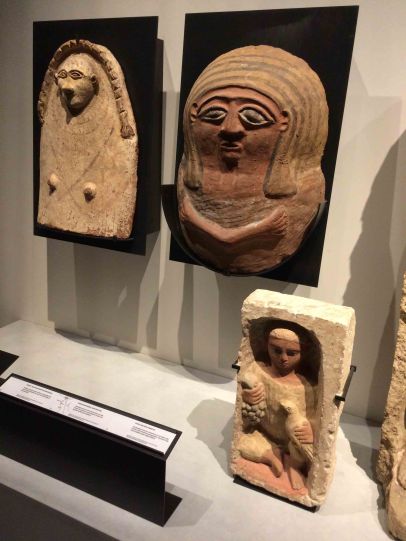 Indeed, there are also striking examples of Coptic grave monuments. 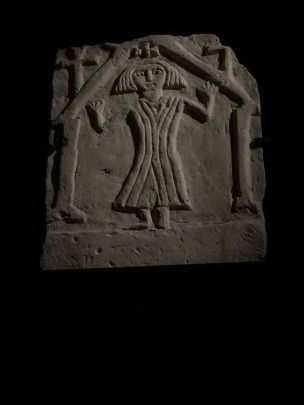 Finally, I want to highlight the prominence, in two separate displays, of animals in Egyptian cultic and mortuary practice, with mummified cats, lambs, ibises and a crocodile among the many on display. So the animal mummies are far more prominent than human mummies! 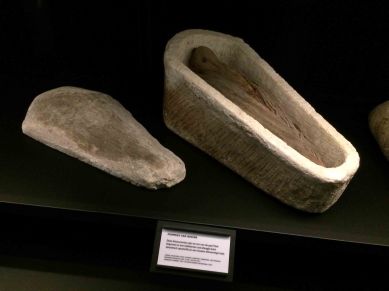 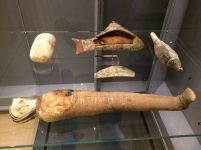 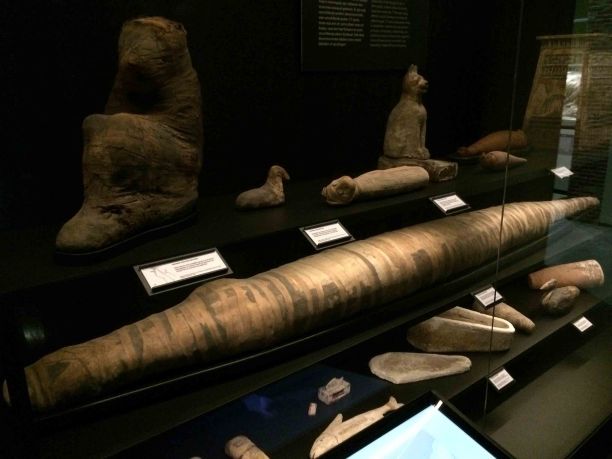 In summary, the RMO gives a rich and in-depth introduction to Egyptian mortuary archaeology and its long-term transformations, through its stupendously rich collections, although human remains themselves are kept under wraps. One doesn’t encounter a ‘Ginger’ or Tutankhamun face-to-face at the RMO.

8 thoughts on “Displaying the Egyptian Dead: the Mortuary Archaeology of Egypt at the RMO”