Flint Dock – now heavily silted – is a wonderful walk along the Dee estuary west of Flint Castle, with heritage boards explaining the industrial archaeology of the coast and town. I observed a plethora of bird-life in the estuarine muds, including gulls, knots, redshanks and a little egret.

On a bleak day, the light and textures of the coastline were eerie and beautiful.

From the mouth of the dock, one can see along the coast and across to England. 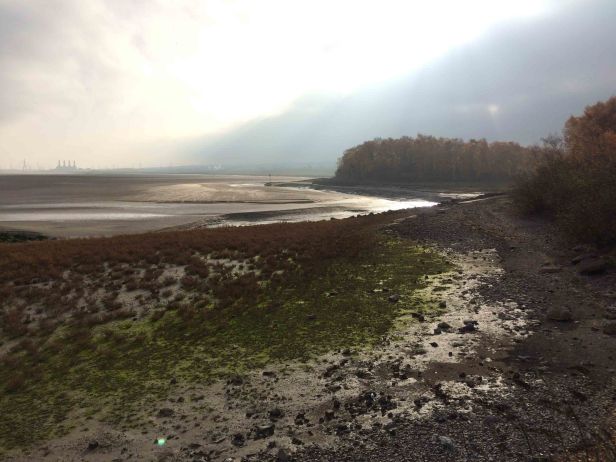 From the top of the dock, one enters an industrial estate, shielded from view by birch woodland.

Helping to explain the historical significance of the dock, there are signs giving details of the Flint foreshore.

There are also warning signs.

Even the gates to the dock-side path have been cut so as to depict the coastline, the town, and wildlife: thus visualising the contemporary shoreline and its birdlife.

Furthermore, there are superbly designed heritage boards, explaining the industrial history of the dock and the industries and town it served. The silhouette effect of the iron board itself is durable and striking: again, citing both natural and industrial dimensions to the landscape. 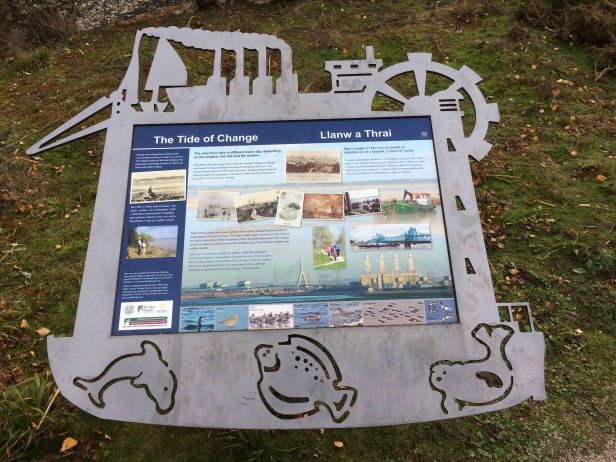 As well as a leisure and heritage amenity, I noted the use of large stones and black faux-Victorian bollards to prevent parking and to make safe the dock and roadsides nearby.

What I hadn’t anticipated was to identify for the first time in Wales a megalithic phenomenon of the present day: ship settings!

Now, stone ships or ship settings have, until now, been unknown to archaeologists in mainland Britain. Instead, they are a feature of Scandinavia, the Baltic States and parts of Germany in the first millennium BC and first millennium AD where they are ceremonial and mortuary monuments.

However, on my recent visit to Flint Dock, I identified not one, but three seemingly created to evoke the maritime past. One is situated at the base of the dock aligned west-east, thus referencing historic transportation of industrial goods onto ships using the dock. It simultaneously serves as a striking space-filler to prevent illicit parking or camping.

Additionally, two further examples are on the western side of the dock, aligned west-east and between the path and the dock. These are evidently more recent, and as yet don’t appear on Google Maps. Grass hasn’t yet grown over since the earth-moving associated with their installation. 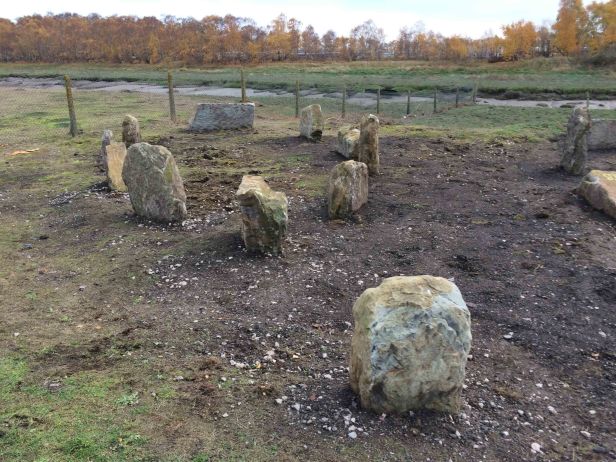 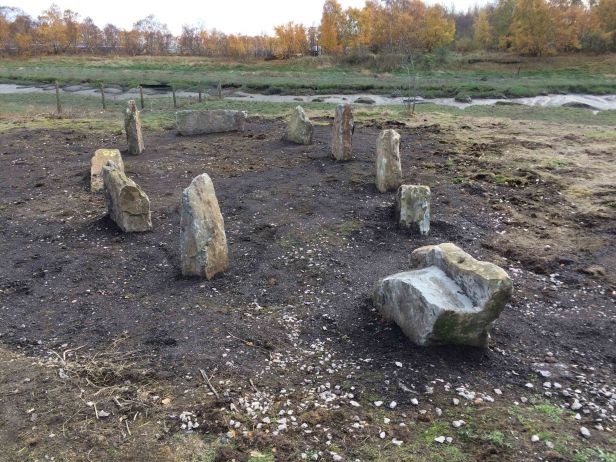 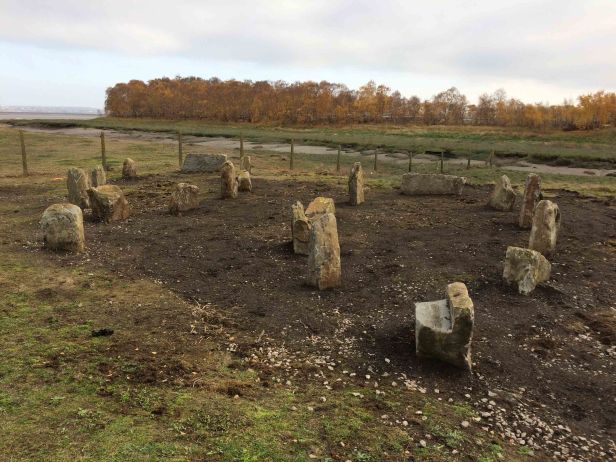 Whether by design or accident, these look very much like Viking-period funerary monuments! Hence, the primordial maritime allusions of these megalithic settings give a deep-time counterpoint to the more recent vessels that have plied the Dee estuary to and from Flint, while also blocking access.

I wonder if anyone in the future will mistake them for ancient monuments?

3 thoughts on “Megalithic Ships in Wales”