We’re at the end of the Chester Heritage Festival (more details here) and today was the Chester Archaeological Society Conference. Sadly, I had to miss today’s papers due to family commitments. However, last night I felt honoured and privileged to open the conference by delivering the keynote address to an audience of c. 50 delegates including local dignitaries and eminent archaeologists.

My 50-minute talk was called Rethinking Offa’s and Wat’s Dykes. Having given due credit to previous and ongoing research on Britain’s larger and longest ancient monuments, I introduced the Offa’s Dyke Collaboratory: a recently created research network of which I’m co-convenor, aiming to foster new research on the Anglo-Welsh borderlands focusing on the comparative analysis, landscapes, biographies and designs of Offa’s Dyke and Wat’s Dyke and related monuments. 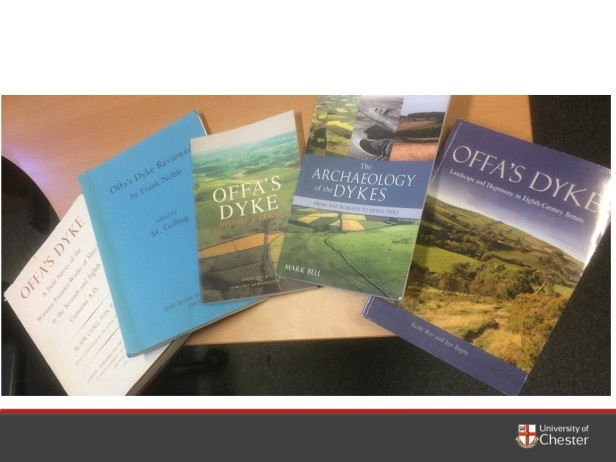 I then explored 4 key themes in current thinking and new approaches to how these monuments transformed memory and movement in the Anglo-Welsh borderland.

First up, I considered how these linear earthworks controlled movement, but also monumentalised the landscape itself. For example, I discussed how Offa’s Dyke enhanced natural scarps and prominent hills as an active dimension of its construction, not simply as a by-product of its strategic placement. 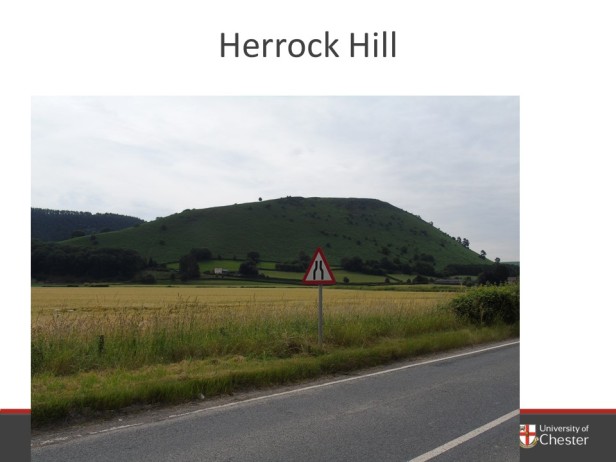 I then considered Wat’s Dyke, noting how it has been relatively neglected and how it differs from Offa’s Dyke in landscape placement and relationship to earlier monuments. In particular, I discussed how its line might have deliberately appropriated monuments that could have been both strategic in military and territorial terms, but also have served as places of assembly and charged with myth and legend. 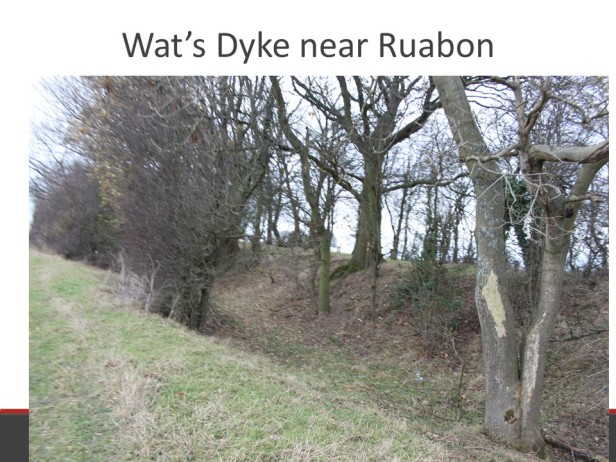 The Pillar of Eliseg

I then proposed that the unique 9th-century Pillar of Eliseg – an early medieval cross situated on an Early Bronze Age burial mound, cannot be understood without considering its relationship to Offa’s Dyke and, more significantly, Wat’s Dyke. Recent work on the landscape context of the Pillar of Eliseg by Dr Patricia Murrieta-Flores and myself considered why the monument is where it is. In the talk, I addressed how this work offers a ‘Welsh’ perspective on the frontier in terms of memory and resistance. The location, monument and landscape context of the Pillar made it a place of assembly in a contested borderland, in dialogue with, and perhaps ‘shouting at’, the dykes created by the Mercian rivals of Powys. 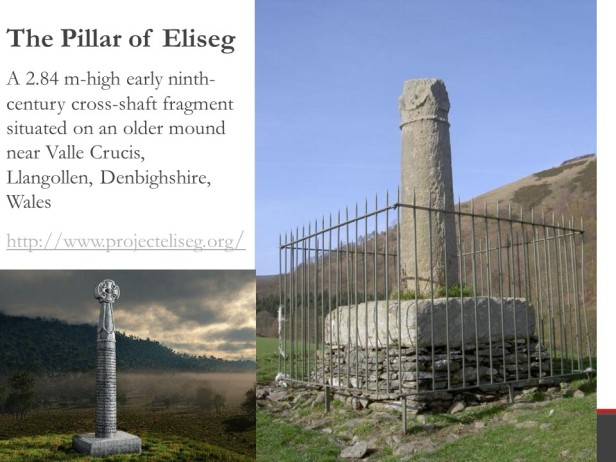 The commemoration of the linear earthworks in today’s world and the frequent ‘dyke denial’ in heritage practices and discourses that overlooks monuments that are often too big to explain and engage audiences with. For example, visiting the popular Cadw site of Tintern Abbey (a 12th-century Cistercian abbey in the Wye Valley) will not be greeted with any sense that the entire western skyline would have been dominated by Offa’s Dyke.

All four dimensions/case studies focused attention on the relationship between movement, monument-building and social memory in the Anglo-Welsh borderlands, past and prseent. I proposed that we have a unique opportunity, through the Collaboratory, to build momentum for new research projects and community engagements in these familiar, yet still neglected, monuments, to foster new social memories of these monuments. To do this, we must move beyond ‘conserving’ the fragments of the dykes that survive, but also investigating where they are now ‘lost’. Furthermore, it involves tackling new methods and perspectives to investigate the dykes’ broader, complex, multi-period landscapes.