In a long series of blog posts, I’ve attempted to take an archaeological perspective – focusing on the material, corporeal, memorial, monumental and landscape dimensions – of the treatment of the dead in the very popular US horror series The Walking Dead.

Without completely ruining the plot for those that haven’t watched it, I wish to use this blog post to explore the mortuary themes in the most-recent run of the show: Season 8. Largely, these are a reiteration earlier themes that emerge from Season 1 onwards, but they take on new manifestations and dimensions amidst the conflict between the Saviours and the others: Alexandria, the Hilltop colony, and The Kingdom.

Two of Rick’s group are slain at the start of Season 7. Sasha and Maggie had taken the corpses to the Hilltop colony for burial. A season later, Rick reflects on the graves. Their material presence motivates his actions and drives him forward. The graves operate as a material manifestation of resistance of Alexandria and the Hilltop to the Saviours and their violence and extortion. The entire season begins with Rick at these graves…

In episode 7, Daryl encounters in a cellar the casket and iplayer in which one of the key characters perishes at the end of the previous Season. The absent body tells us much: the undead body was not returned to the environment and mechanism of their death at the hands of Negan: instead, it lies empty to be encountered in a moment of personal reflection. Thus, once more, we see the power of personal objects out of place: materials of the body in life and death – the iplayer and the casket – serve in this moment as mnemonic connectors between the living and the absent dead. 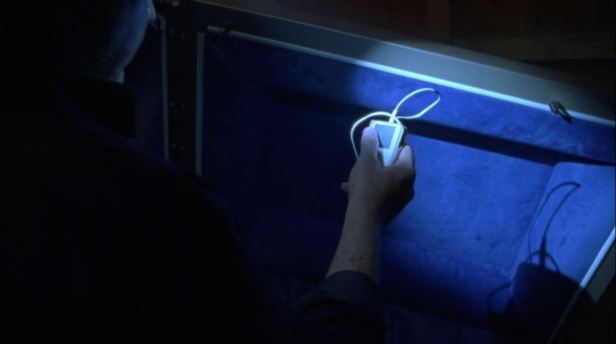 Caskets as Messages of Resistance

As discussed in the previous section, at the end of Season 7, we saw a casket deployed by Negan in an attempt to convey a message of fear and dread towards his enemies. This is classic deployment of mortuary material culture to intimidate and threaten further death. Of course, it goes horribly wrong with fatal consequences for many on both sides. Still, in this series, we see Maggie Rhee – now leader of the Hilltop colony – deploying a coffin to send a message back to Negan. She sends back an executed member of one of Negan’s outposts. In doing so, she is showing herself capable of deploying the same macho and aggressive use of mortuary material culture to threaten the slaying of 38 imprisoned Saviours (presumably including the turncoast Gregory in this number). Simultaneously though, this is not about extortion and threat alone, it is an act of resistance. 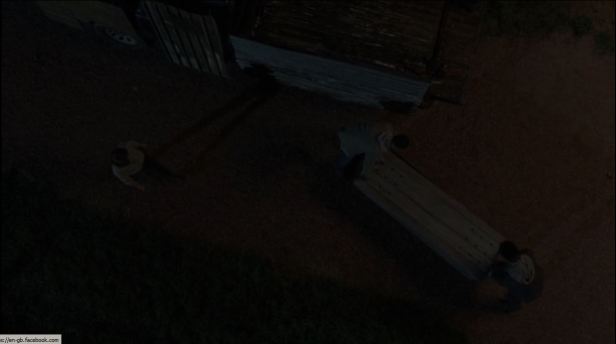 Grave-digging is shown as both male and female work. In Episode 9, Michonne and Rick dig a grave of a key character together, thus mourning their loss through digging. Subsequently, a simple cross is deployed, and a handgun, denoting the personality of the deceased, is suspended from one of the cross arms. This is a practice we can trace back to Season 3 in the prison.

This isn’t an exclusive dimension for Rick and Michonne’s mourning. Also, we see Jerry and Jesus busy digging the graves of the Hilltop community who perish in Episode 13.

Founder graves and the spread of inhumation

Under Gregory’s rule at the Hilltop colony, cremation ruled out of expedience, but also as a means of transfering the dead to memory. However, with Maggie Rhee’s take-over, inhumation becomes the norm. Those slain by Lucille at the start of Season 7 now become the ‘founders’ of the cemetery, which grows from their graves. So in Season 12 to 13, we watch the rapid shift in the Hilltop’s mortuary programme, in this case linked to a change in leadership and philosophy, and perhaps also the martyrdom of those that perish fighting the Saviours. Collectively, they take on a new role, no longer steeling Rick’s determination to resist the Saviours, but instead to heed the message of Carl and reflect on the possibilities of securing a peaceful solution despite all the bloodshed…

Excluding the Saviours in life and death

In repeated blog posts, we’ve already seen the use of mode of disposal to distinguishing the ‘undead’ from the loved ‘dead’. In addition, we have seen the use of space to exclude those who have been deemed not part of the community: given to the forest. In stark contrast with the growing inhumation cemetery within the Hilltop compound, Maggie orders that the imprisoned Saviours not only take over responsibility for the burial of their own dead, but that they must do so segregated and outside the Hilltops’ defences. So we see those that choose to stay loyal to the Hilltop busy digging graves immediately outside the palisade. Therefore, just as the cemeteries established at Alexandria and the Hilltop are both just inside the perimeter, the enemies are interred just outside…

3 thoughts on “The Dead, in The Walking Dead Season 8”