As part of the Writing and Rewriting the Transitional Body: The Changing Narratives of the Ancient Dead session at the 39th Theoretical Archaeology Group conference, I presented a paper entitled ‘Writing and Rewriting with the Cathedral Dead’. Here’s the title and abstract:

Writing and rewriting with the Cathedral Dead

Synergising recent debates in the history of archaeology and mortuary archaeology regarding social memory mediated by antiquarianism surveys, excavations and tomb restorations, this paper considers the mnemonics of excavating, displaying and memorialising in cathedrals through the human body. Through the investigation, translation, re-burial and memorialization of bodies, we see the cathedral retain and consolidate, extend and revitalize, invent and rejuvenate their identities and histories. This paper explores how this has taken place utilizing not only human remains but also effigies and portraits (bodies materialized), bodies implied through texts (the memorial citation of bodies) and present corporeal absences (material cultures that imply the absent dead body, including stone coffins and lost brasses).

Note: I adapted and focused my paper from the given title and abstract. Rather than attempting to explore the roles of human remains, memorials and monuments in the cumulative and complex genealogy of commemorative practice in English and Welsh cathedrals, I focused on the monumentalised absence of human remains through the display of empty stone coffins. Often these are displayed upright, or horizontally, in liminal spaces – against walls or boundaries, often not fully conceptualised as funerary monuments, and very rarely do they get heritage interpretation.

Hence, I focused on stone coffins when displayed without their contents and contexts. In doing so, I set the paper up as an extension of my response to the news story of damage to a medieval stone coffin on display at Prittlewell Priory Museum.

I presented on the mnemonic and affective nature of empty, often fragmented and de-contextualised medieval coffins in a range of sacred and heritage sites including cathedrals. My key case studies included Dorchester Abbey (Dorchester on Thames, Oxon), Norton Priory (Cheshire), Heysham (Lancs.) and Chester cathedral (Cheshire). The final example shows the power of even a single sarcophagus for facilitating engagement with corporeal absence and the fascination with the past. The other examples go to show how the stone coffins operated as an assemblage. 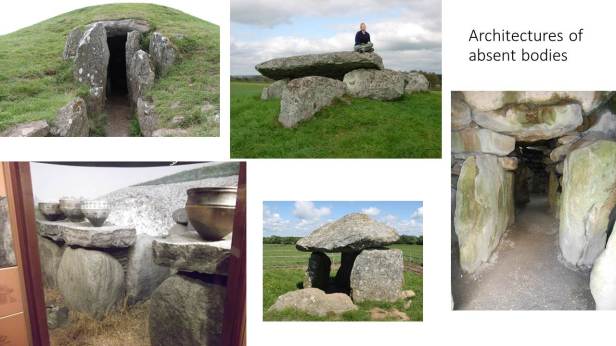 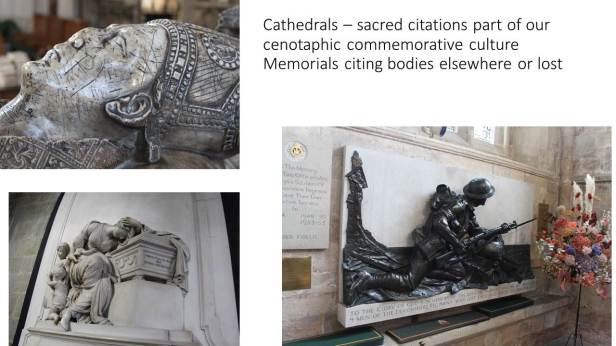 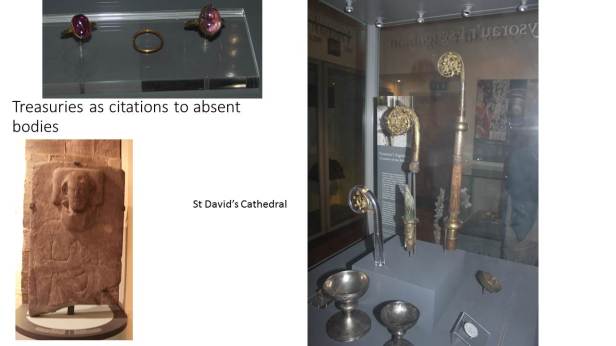 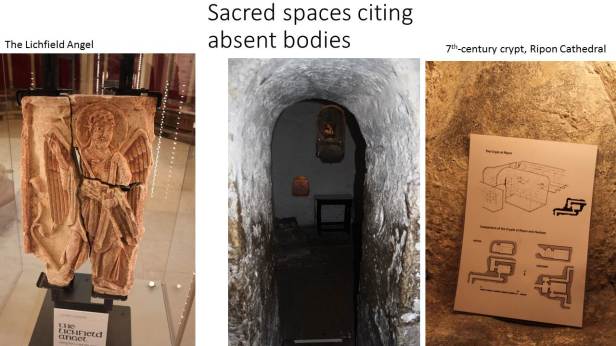 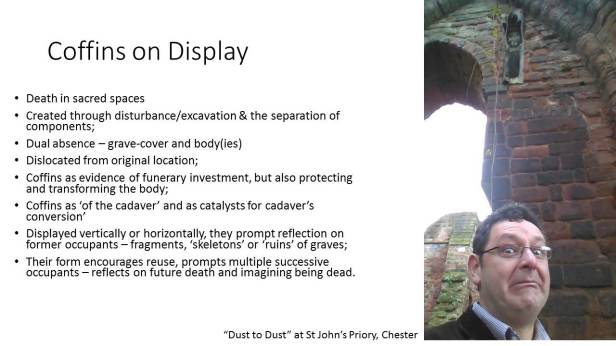 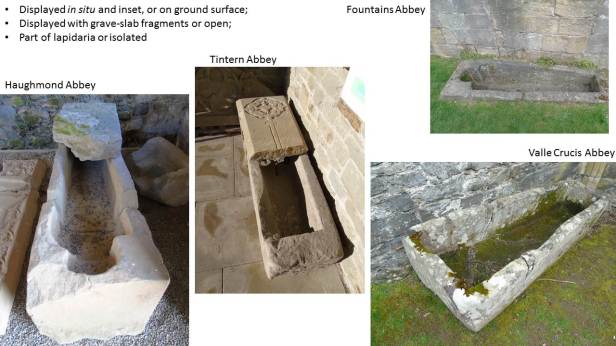 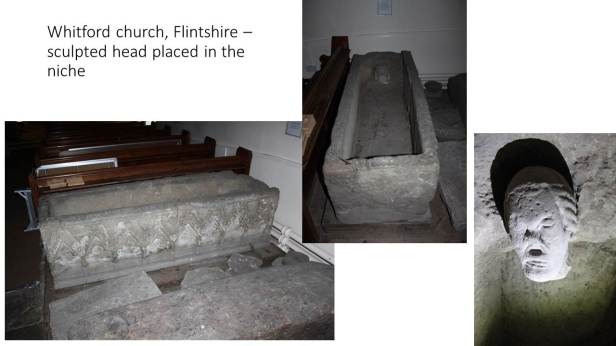 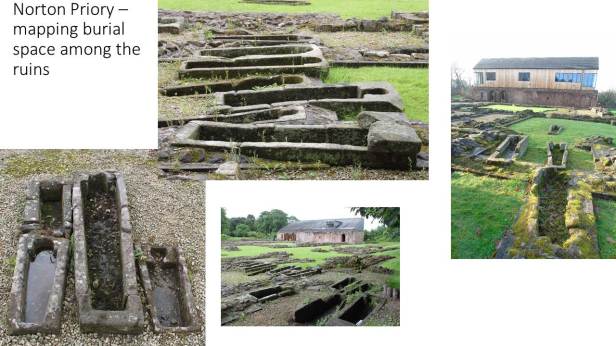 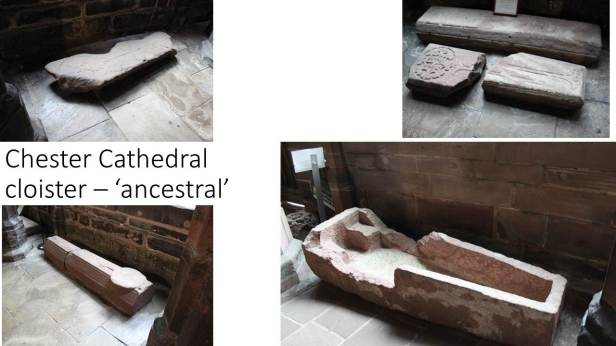 This presentation is part of my research into death and memory in English and Welsh cathedrals, deriving from the Speaking with the Dead Leverhulme project and the Past in its Place ERC funded project.

I’m especially grateful to Lucy Talbot and Judith Jesch for facilitating my use of images for the penultimate slide.

One thought on “Writing and Rewriting with the Cathedral Dead”