Like many amateur and professional historians and archaeologists (including those interested in family history (genealogy), the history of death, social history, as well as landscape history) and the many, many more people who visit historic sites for a variety of leisure and educational interests, I regularly take photographs of gravestones in cemeteries and churchyards. Indeed, I have conducted a series of archaeological graveyard surveys (with permission of the relevant authorities) which, while not in the public domain, I have used as part of my teaching and research and I have plan to work further on this research area.

This evening I read that Birmingham City Council has banned an amateur group of historians (The Jewellery Quarter Research Trust) from photographing any more historic gravestones for inclusion in their database of the Warstone Lane and Key Hill Cemeteries. Only by written permission and on a case-by-case basis will they consider permitted photographs. The story is here and here. Check out their fab website here.

What is not satisfactorily reported is the reasoning behind Birmingham City Council from making this stipulation, and it clearly hasn’t been communicated to the historical group in question who publicly express their view that the ban is unworkable and incomprehensible. It isn’t clear what information held in these photographs might be sensitive or problematic, and certainly none of the details of the gravestones are the property of the council in any case.

Looking elsewhere across the internet, I found another story about a potential ban on graveyard photography in a part of Northern Ireland ahead of plans by the Brigham Young University in Utah to create a BillionGraves.com web-based app to GPS record headstone positions worldwide. Here, the Sinn Fein Councillor who responded was aware that the distinction of permission related to the council ownership of the site but the family ownership of the gravestones.

Yet do owners, managers and families have the right to object to photographs of their property being photographed in a public place? Well, cemeteries and churchyards, while publicly accessible, are not really public spaces. Moreover, gravestones are not owned by those who manage the space but by families. Therefore, even if the gravestones were owned by the landowner, that owners of space and memorial (individual, family, private company, religious organisation or local authority) do have rights to set rules on behaviour and activity.

In an extreme case, St Mary’s Whitby has banned photography taking place given the large number of Goths languishing on gravestones here: this is the churchyard associated with Bram Stoker’s Dracula. This is an interesting parallel, since this churchyard closed in 1861 and still photographs around and on the graves was seen as disrespectful and the activities of Goths distasteful to the rector of the church.

But is it really a good idea to ban, or tightly control photography in cemeteries and churchyards? No! And here are some (admittedly overlapping) reasons:

Therefore, in summary, I think this startling and incomprehensible case in Birmingham will hopefully be a idiosyncratic response of an ill-considered pen-pusher at the city council, rather than the beginning of a wider ban on photography in accessible cemeteries and churchyards maintained by tax-payers’ money.

What’s wrong with photographing gravestones? Absolutely nothing in my view. There is plenty that is good about it in archaeological, heritage, historical and other regards.

What’s wrong with photographing the bodies of the dead? That is a far more complicated question and a short answer could be ‘depends…’ Like it or not, millions of photographs of cadavers and skeletons are found through the internet already… This should be of concern and debate far more than photography of memorials and monuments!

28 thoughts on “What’s Wrong with Photographing the Dead?” 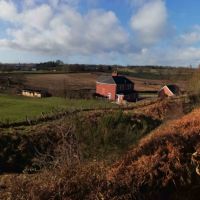