In a previous blog after the Runes Network conference in Glasgow in April I discussed the Viking Age monuments known as ‘hogbacks’ and their terminology. I have also reported previously on these fascinating monuments and their interpretation here and here.

In different papers at that conference there were various suggestions of how we overcome the problematic use of the term ‘hogback’ which doesn’t really work effectively for many stones. Victoria Whitworth proposed ‘body stones’ while Elizabeth Pierce suggested ‘hogbacks and coped monuments’ or ‘HCM’ for short.

I have just heard a fabulous paper by Victoria Whitworth about hogbacks at Glasgow this week. I was there attending the awesome 21st EAA conference. Inspired by Victoria’s paper, I have a new suggestion for what we call these monuments in the future.

Before I introduce it, I would like to explain that I suggest this new terminology to cure the problem of definition once and for all. It allows us as scholars to (a) highlight that we are talking about monuments commonly called ‘hogbacks’ in the existing literature, while (b) we simultaneously demarcate an awareness of the problem with the term ‘hogbacks’:

So ladies and gentlemen, meet the FKAHs! Here’s one of the pretty ugly bear-ended FKAHs from Brompton:

Meanwhile, here is one from Govan I visited earlier this year! They are the biggest FKAHs you’re ever likely to meet! 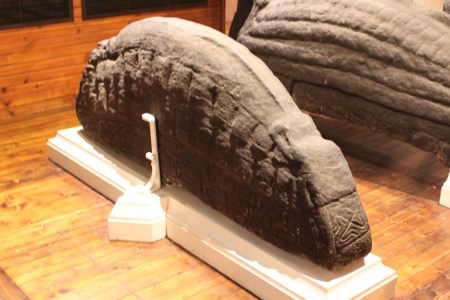 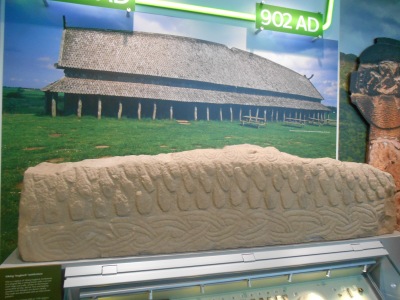 So do you think, dear reader, my terminology will catch on? How can we go wrong with a good solid memorable acronym?

Well, I will say that, over the last two years, I’ve blogged these FKAHs to death, so I will shut the FKAH up and FKAH off.

6 thoughts on “Meet the FKAHs”