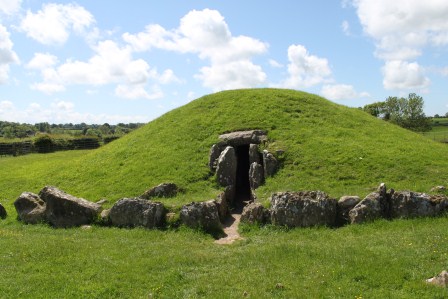 I am pleased to announce my second article published this year.

Two years ago, I went to Pilsen in the Czech Republic to attend and present 2 research papers at the European Association for Archaeologists annual conference. I was invited by the organisers to contribute to the proceedings of the EAA Pilsen conference session ‘Outstanding Biographies: The Life of Prehistoric Monuments in Iron Age, Roman and Medieval Europe’ discussed here.

Since I had presented on my collaborative work with Project Eliseg which is destined for a monograph, I instead offered them something else for the proceedings. The editors and anonymous referees liked my idea and submission. The editors did a great job with the book and it is now just published with Oxford University Press entitled The Lives of Prehistoric Monuments in Iron Age, Roman and Medieval Europe. You can find more details here and excerpts are available on Google Books here. 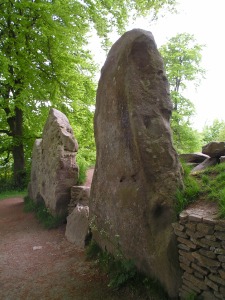 I decided to write a paper that reports on my work on the literary and archaeological perception of the past in the Early Middle Ages. My chapter presents a new interpretation of the significance of the ‘megalithic tomb’ that, since the 19th century, archaeologists have asserted is being described in the poem Beowulf.

This is a spin-off from my ongoing research with the ‘Past in its Place’ project in which I am exploring the significance of Wayland’s Smithy and its landscape context, as well as the significance of smiths represented on early medieval stone sculpture.

It is not incidental that this gave me an excuse to write a paper legitimately called ‘Beowulf and Archaeology’, one of a series that have done so. However, in my paper I pay specific attention to the literary biography and materiality of the ‘stone barrow’ in which the old king dies fighting the wyrm. 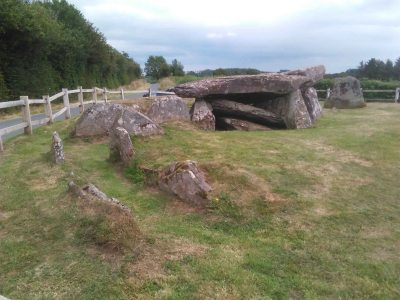 The dragon’s lair in the epic Anglo-Saxon poem Beowulf has been widely interpreted to reflect engagement with Neolithic megalithic architecture. Embodying the poet’s sense of the past, the stone barrow (Old English: stānbeorh) of the dragon has been taken to reveal mythological and legendary attributions to megalithic monuments as the works of giants and haunts of dragons in the early medieval world. This chapter reconsiders this argument, showing how the dragon’s mound invoked a biography of successive pasts and significances as treasure hoard, monstrous dwelling, place of exile, theft, conflict and death. Only subsequently does the mound serve as the starting-point for the funeral of Beowulf involving his cremation ceremony and mound-raising nearby. The biography of the dragon’s barrow is a literary one, in which inherited prehistoric megaliths were counter-tombs, antithetical to contemporary stone architectures containing the bodies of kings, queens and the relics of saints.

2 thoughts on “Beowulf and Archaeology”