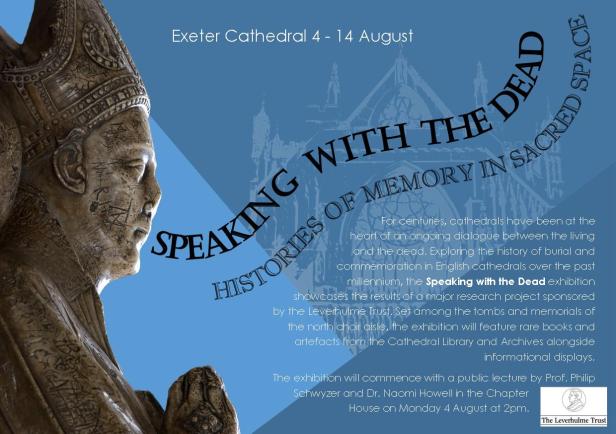 The first strand of the Past in its Place project, funded by the Leverhulme Trust and the European Research Council, is exploring literary and archaeological engagements between the living and the dead in English and Welsh cathedrals from the Middle Ages to recent times. This project began life as a successful funding bid for a stand-alone project investigating English cathedrals funded by the Leverhulme Trust called ‘Speaking with the Dead’. The ERC funding has extended the project to include Welsh cathedrals.

Delivering dimensions of this project’s results Philip and Naomi are co-presenting a public lecture at the Chapter House of Exeter Cathedral on Monday 4th August at 2pm.

This public lecture opens a public exhibition in the north aisle of Exeter Cathedral from 4th to 14th August displaying posters relating to project themes and results. As well as work by Naomi, Philip, Ruth and myself, this exhibition has benefited from the support and input of the University of Chester-based Senior Researcher working primarily on Strands 2 and 3 of the Past in its Place project: Dr Patricia Murrieta-Flores. In addition to a series of posters about the literary, historical and archaeological research of the project, the exhibition will include a video as well as artefacts and rare books held by the Cathedral Library and Archives.

In separate and subsequent blog entries, I will outline some of the contents of the posters that I contributed to for this exhibition.

5 thoughts on “Speaking with the Dead: Exhibition in Exeter Cathedral” 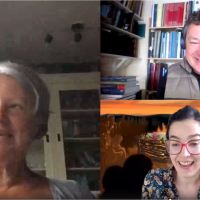 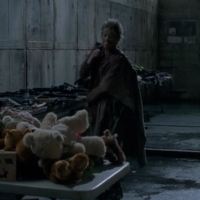