In the current climate of memorial mania I feel reluctant to post again about war memorials. Still, this provides a stark contrast to the recent focus of my blogs upon national foci of remembrance. I want to here explore some aspects of my own local war memorial in North Wales.

Unveiled in 1923 by Major-General Sir Thomas O. Marden and dedicated by the Archdeacon of Wrexham, the war memorial on the corner of Wheatsheaf Lane, Gwersyllt, Wrexham, North Wales is a Grade II listed building. It is listed in the UK National Inventory of War Memorials as number 17873. The Inventory describes it thus:
‘pylon mounted on steps on a rectangular base. Ashlar pylon, with bronze reliefs set into the stepped head: a figure carrying wreath and sword in front, wreath and torch to rear. Names from both world wars are inscribed on a low rusticated stone wall with cast iron railings running between its raised piers.’

This description doesn’ t quite work. It is only a partially accurate description as the names are not on the wall, but on the pylon itself. Moreover, to my mind, it leaves a lot to be desired in describing the complexity of even the most humble of village war memorials. If there is any example of why archaeologists are required to pay attention to memorials, it is the utter neglect for careful account of their physical forms and spaces compared with the attention afforded to their textual details.

This memorial is not a backdrop to a series of names, instead this is a multi-media monument utilising many surfaces and multiple materials. Certainly it bears a bronze sculpture of a figure carrying a wreath on the south (front) face by Hermon Cawthra; a piece of recognised artistic merit. Yet this memorial is also comprised of hedges, flower beds, benches, paving, railings, gates and walls, a three-stepped base as well as the pylon itself. On three other faces of the pylon (N, S and E) are the names of 86 men and 1 woman (not 127 as wrongly recorded in said Inventory) who died in the First World War plus a further 40 names of those who died in the Second World War. Its primary inscription on its south face reads:

TO THE GLORY OF GOD

AND TO THE HONOURED

MEMORY OF THE MEN OF THIS

PARISH WHO MADE THE SUPREME

SACRIFICE DURING THE GREAT

Below this is a quotation

“SONS OF THIS PLACE: LET

THIS OF YOU BE SAID.

THAT YOU WHO LIVE ARE

WORTHY OF YOUR DEAD.

THESE GAVE THEIR LIVES THAT

YOU WHO LIVE MAY REAP

A RICHER HARVEST ERE YOU

Below this are the years: ‘1939-1945’ and the list of names of the Second World War dead. There was not enough space for all the names in the same size of script as the Great War dead, so three names, at the head of each column, are inscribed on a shoulder of the pylon, while the fortieth name was added below, at the front of the top step. Details of the persons listed can be found on the Clwyd Family History Society website.

Memorials like this one were intended as expressions of community sentiment at the loss of loved ones in conflict. They have become key resources for exploring the roles of memorials in British social, political and religious local history. As such, up and down the land, humble memorials such as this one are as valuable as any grand public monument in London for exploring the history and commemoration of conflict.

Over recent decades they have been increasingly valued as material heritage and subject to investigation from archaeological perspectives. This is not only because war memorials are key components of the landscapes of town and country and thus important important aspects of local heritage, they are a good example of large-scale memorial practices replicated in all manner of scales and forms, adapted to the circumstances of localities across the United Kingdom.

Hence, a range of prominent archaeologists have dedicated attention to war memorials as a focus in themselves, or as parts of broader studies of conflict archaeology and mortuary archaeology in the recent past; Nick Saunders, Sarah Tarlow, Paul Rainbird and Harold Mytum to name but a few. Whilst at Exeter, I supervised a thesis on this subject by Sam Walls, some of which is published in a special issue of the journal Mortality I edited in 2011.

Materiality: It can involve quantitative survey of their form, ornamentation and texts, as well as the choices and interplay made regarding stone, metal etc., how they weather over time, and how they are subject to different levels of damage and treatment.

Landscape: It can involve attention to their contexts, whether within buildings (e.g. churches and town halls), market squares or upon prominent hilltops, involving associations with other memorials, monuments, features and buildings. This approach can also pay attention to the interplay between memorial culture and more ephemeral and portable forms of memorialisation.

Biography: Finally, it can involve attention to their biography: many memorials have multiple phases of use, neglect, renovation, augmentation and translation that can be charted through documents, photographs but also through careful examination of their material form. Memorials can accrue names from many conflicts, as well as non-military connotations and uses.

Of course these three elements are related: memorials can have shifting materialities and contexts over time from their design and construction to their present-day situation.

Gwersyllt 17873 – the dynamic of public and private

My local war memorial is a good example, not because it is exceptional, but because so much of it is ‘typical’. Having said that, no two war memorials are alike, and they always reveal their own distinctive story.

Regarding materiality, I have little to say beyond the obvious here. It is a space within a walled garden, and a pylon that has a clear directionality and all-round display: it has a front, sides and a back. As such, it is a focus for ceremonies, but simultaneously allows more personalised embodied engagement with its sides and surfaces: it operates on public and more personal scales simultaneously. The stylised use of female form as the focus is also of interest (see below). I would also point out the importance of vegetal themes: flowers are ubiquitous as a medium in our memorial culture, and the council-maintained plantings of flowers set war memorials like Gwersyllt’s apart as public gardens rather than simplya stark stone edifice. 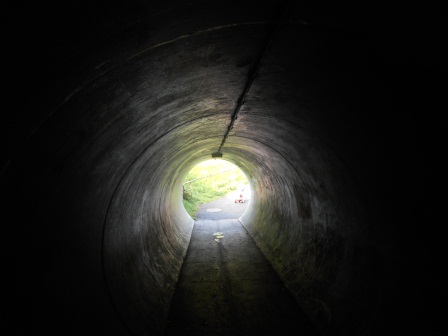 In terms of landscape, again it is important to emphasise that this is a walled memorial garden, not simply a monument. Indeed, it is now paired with another corner garden space on the opposite side of the road. It was located on the corner of Wheatsheaf Lane and the Mold Road, which in the 1920s meant it was on the main thoroughfare from Mold to Wrexham; a prominent place for a community somewhat displaced on either side of multiple railway lines cutting across it, to bring together the names of its dead. However, more recently, this situation has changed as the removal of the Great Western branch to the colliery and the creation of the A483 road have bypassed the ‘Old Mold Road’; the memorial is still in a local prominent position, but it is no longer passed on the main thoroughfare. This has changed again with new housing estates and pedestrian access meaning that walkers are more likely to experience the memorial than drivers; everyone using the eerie tunnel under the busy road has to rise up a steep slope and pass by the war memorial opposite.

Regarding biography, it is fairly typical in that it is a multi-phased memorial in which the memorial design of the First World War is augmented with names but is retained to honour those who fell in the Second World War. Particularly interesting is the somewhat haphazard desire to include the names of the fallen of the Second World War at the same size and status as those of the First World War, but the unpredictability of numbers meaning that there is the necessary need to adapt names to the surface as described above. Interesting also is the decision to allow one local family to have their own private memorial upon the public space.

Many First World War memorials are masculine spaces, where females appear only as abstracted classicising symbols of victory. Women don’t even get recognition as mothers, widows, daughters of the dead.

Yet a further interesting dimension to Gwersyllt’s war memorial is a relatively rare example where a female name is added. She is singled out because of her gender: following traditional convention her initials are not enough, her full name is included. Moreover, her name is added separate from the others, centrally placed at the base of the two columns of male names on the rear-side of the pylon: Amy Curtis.

Broughton History Group have posted online some details from their research regarding Amy. Born in 1881 in Warwickshire, her family had long lived at Railway House, Gwersyllt. She was married to an Irishman in 1909 and moved to Manchester but clearly came back to Gwersyllt in 1910 to give birth to her first child who was baptised at the village’s Anglican church: Holy Trinity. Her husband, James Curtis, joined up in the first week of the war in 1914 and served as a bombardier in the Royal Field Artillery. He died of his wounds in 1917. Amy herself survived only one year, dying of pneumonia whilst serving as a volunteer nurse at Wallasey Hospital in November 1918, five days before Armistice Day. She was aged 31 and left behind her 8-year-old daughter.

Amy’s, like all the names of the men on the memorial, is a short-hand for tragic stories of mourning families and grief-struck communities. I would like to know more about the decision to honour her life on the memorial and whether this was motivated by the combination of identities she held at death: as a volunteer nurse, as a widow and as a mother whose parents lived in the village. Maybe it was simply the precise timing of her death that prompted her inclusion, not so much for her own family’s loss, but for the many more women who died as a result of the conflict for whom she stands as token. I would welcome anyone who can direct me to research on this interesting topic. 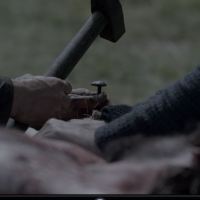